‘SPINN’ on over to The Hope & Ruin SPINN are heading to The Hope & Ruin (pic Barnaby Fairley)

Liverpool-based indie-outfit SPINN have recently shared the new video for ‘Stargazing’ – the latest single to be taken from their forthcoming second album ‘Outside Of The Blue’ (out February 2022 via Modern Sky UK). The new video, directed by collaborator Luca Crawford-Bailey is a nod to the 2014 horror flick, ‘A Girl Walks Home Alone at Night’ – in which frontman Johnny Quinn found the inspiration behind the song. Watch the video HERE.

“It’s brilliant and it’s about this woman who is a vampire in this really rough fictional town in Iran called ‘Bad Town’.” tells Quinn. “She basically goes around and kills all the drug dealers and s**t, but then she falls in love with this guy who looks like James Dean. I don’t really cover that aspect in the song, but I just liked the way the person doing all the gory killing in the film was actually a woman. It’s so different to the sort of traditional horror films, where it’s always the woman getting chased by the big bad man”. 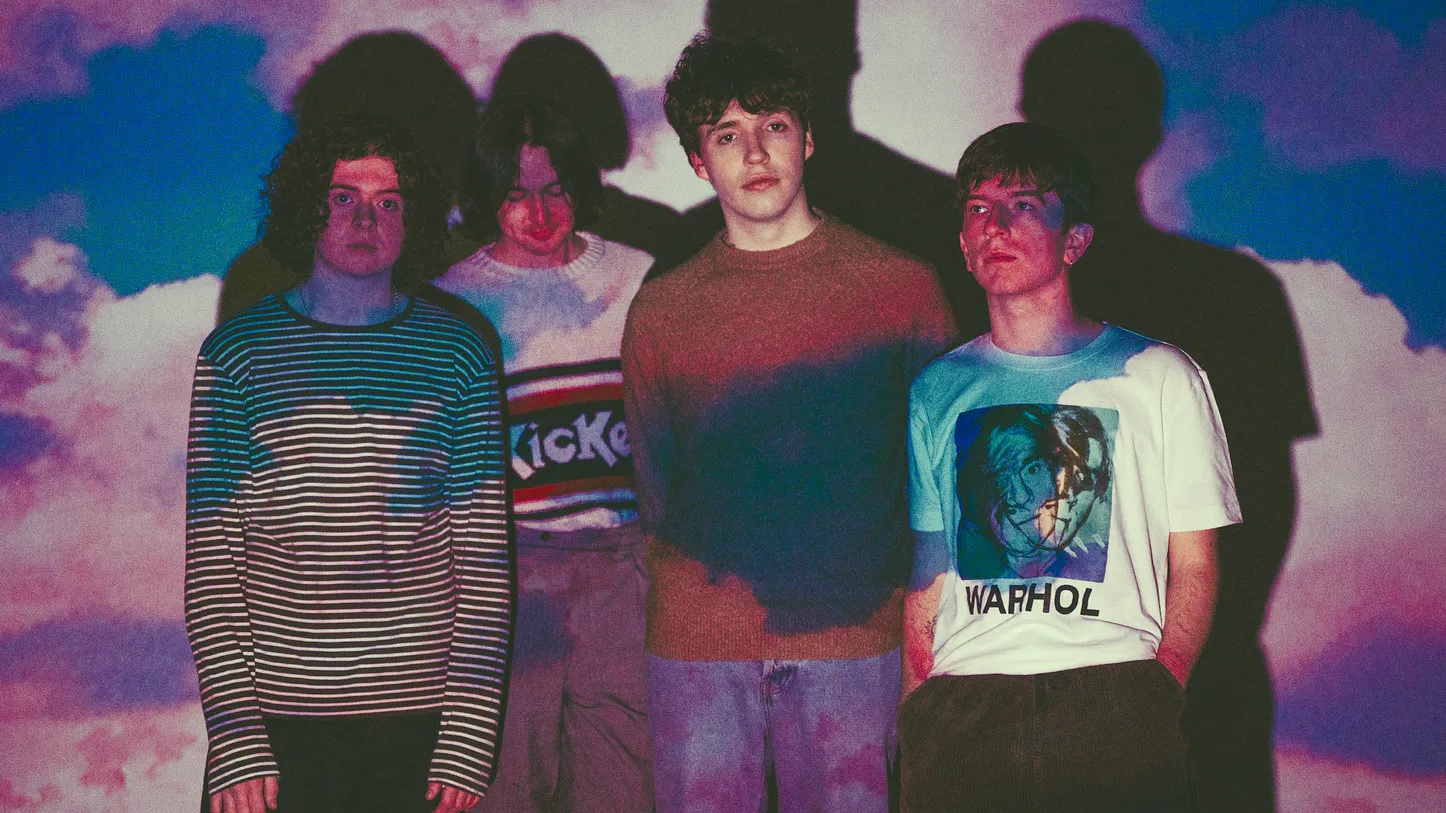 “The video is something I’m really proud of, naturally from the start I knew I wanted to make a mini horror movie, that was the plan from the start. I worked really hard alongside Luca Crawford-Bailey and Arris Roussos to get the idea across and I think it turned out brilliantly. It was really cool working alongside Catriona Chandler too, she’s got a brilliant future in acting ahead so we were all made up to have her involved in the shoot. It was a lot of fun to film, and was fuelled by cheap wine to keep us all warm in the cold suburban Liverpool night.”

‘Stargazing’ is taken from the forthcoming second album by SPINN – 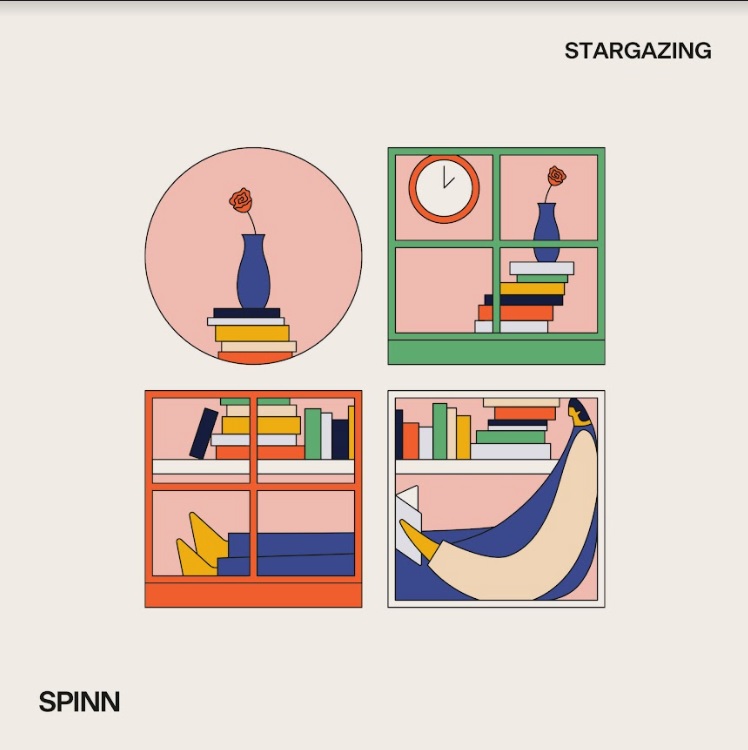 SPINN’s forthcoming album ‘Outside Of The Blue’

Now due for release in February 2022, the record is a nuanced commentary about SPINN’s own experiences with anxiety, depression, the power of love (and loving someone) as well as disillusionment with the government. Across the album’s 11 tracks SPINN double down and distil their sound, delivering festival-ready indie-pop packed with earworm hooks, feel-good guitars and a newfound determination to break out of the boxes in which they’d previously been confined. The record splits the world into two distinct spaces; the blue, which represents periods of anxiety and depression, and the other side; a place filled with colour, endless opportunity and brimming with hope.

Produced by Tom Longworth (Oscar Lang, Spector, Vistas, BLOXX) at Parr Street Studios in Liverpool, Quinn is joined on the new record by Luke Brickett on guitar, Sean McLachlan on bass and Louis O’Reilly on drums. ‘Outside Of The Blue’ is the follow-up to their 2019 self-titled debut, which received lavish praise from the likes of DORK and The Line Of Best Fit, ‘SPINN’ saw the band head out on a sold-out UK tour with slots at Reading and Leeds and Truck followed by their biggest headline show to date in Tokyo. 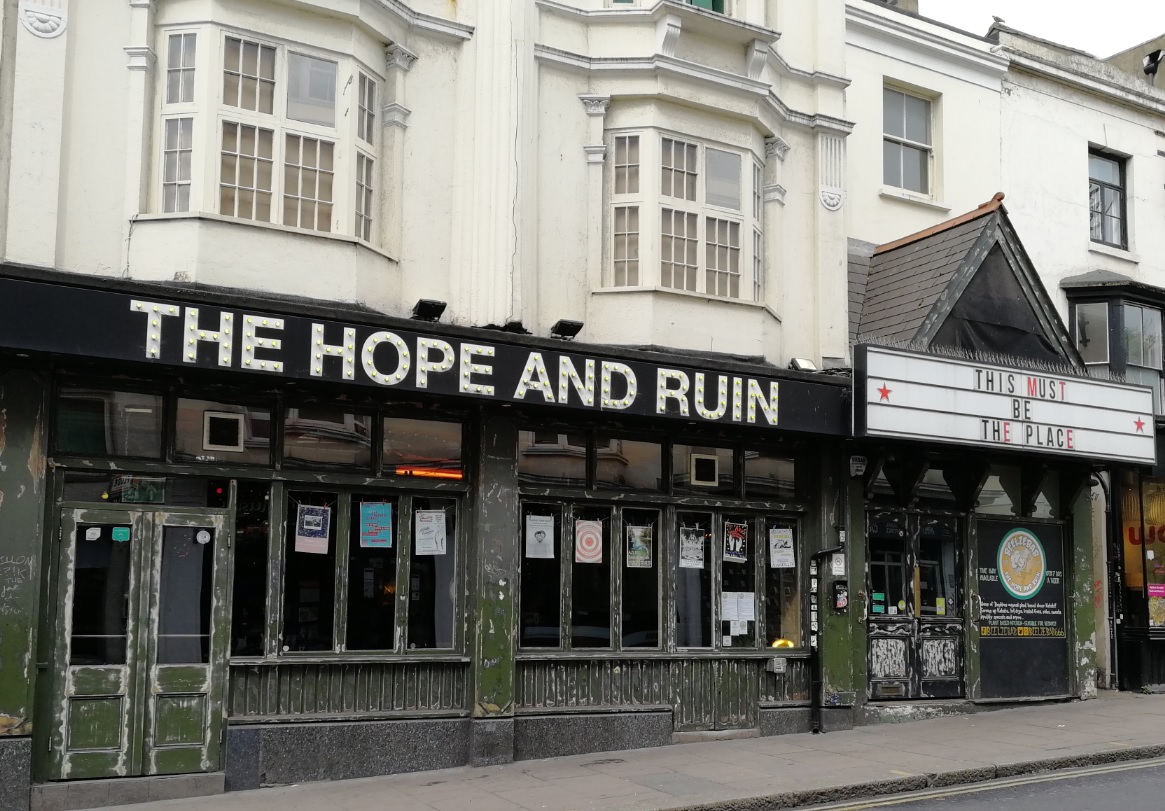 The mindset and the mantra of the album can be equated with Buddha’s main teachings “avoid evil, do good and purify the mind,” having himself found solace in meditation and mindfulness over the last 18 months. Born out of a period of change for the band, including the departure of their lead guitarist, Johnny and Sean handled most of the lyrics, bouncing ideas off each other via voice notes and phone calls when not physically together in Sean’s decked out DIY studio.

SPINN have already had the chance to test drive new material during their main stage appearance at Tramlines Festival this summer. Itching to get out on the road and bring even more life to ‘Outside Of The Blue’, the band will play an extensive UK tour in November – including a Brighton show at The Hope & Ruin on Queens Road on Sunday 7th November. Purchase your tickets HERE and HERE. 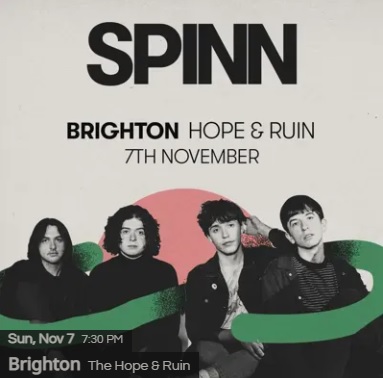