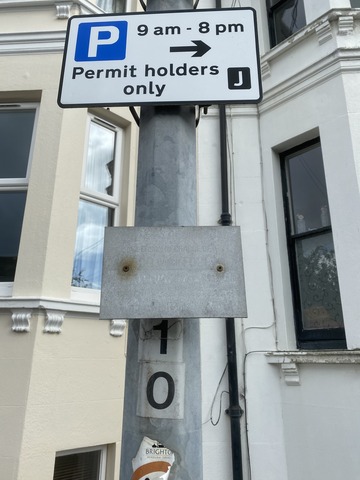 More than 1,000 people responded to Brighton and Hove City Council’s public consultation into whether the Zone J residents parking scheme should split into two areas.

The zone review was in response to a 328 signature petition calling for the split that went before the Environment, Transport and Sustainability Committee in June 2018.

The petition, started by Philip Wells, the pastor at the Calvary Church in Viaduct Road, said that zone J was too large and enabled people from further out to park closer to the centre of Brighton.

Internal commuting within the parking zone was one of the problems highlighted during the consultation.

Papers going before the Environment Transport and Sustainability Committee on Tuesday, 16 November show 984 or 88 per cent of the 1,138 people who responded to the consultation are happy for the zone to stay as it is.

The consultation sparked concern across the area, which stretches from Preston Circus to Fiveways.

Those south of the railway line were worried about losing the right to park in the streets north of the line if the zone is split, especially those who work unsocial hours.

Those who work late shifts or nights rely on being able to park a few streets to the north where there are more often spaces to be found.

The majority of those who are unhappy with the current scheme live in Argyle Road and Campbell Road to the west of Preston Road, Stanley Road and Viaduct Road.

The Environment, Transport and Sustainability Committee meets at Hove Town Hall from 4pm on Tuesday 16 November.

The meeting is scheduled for webcasting on the council website.