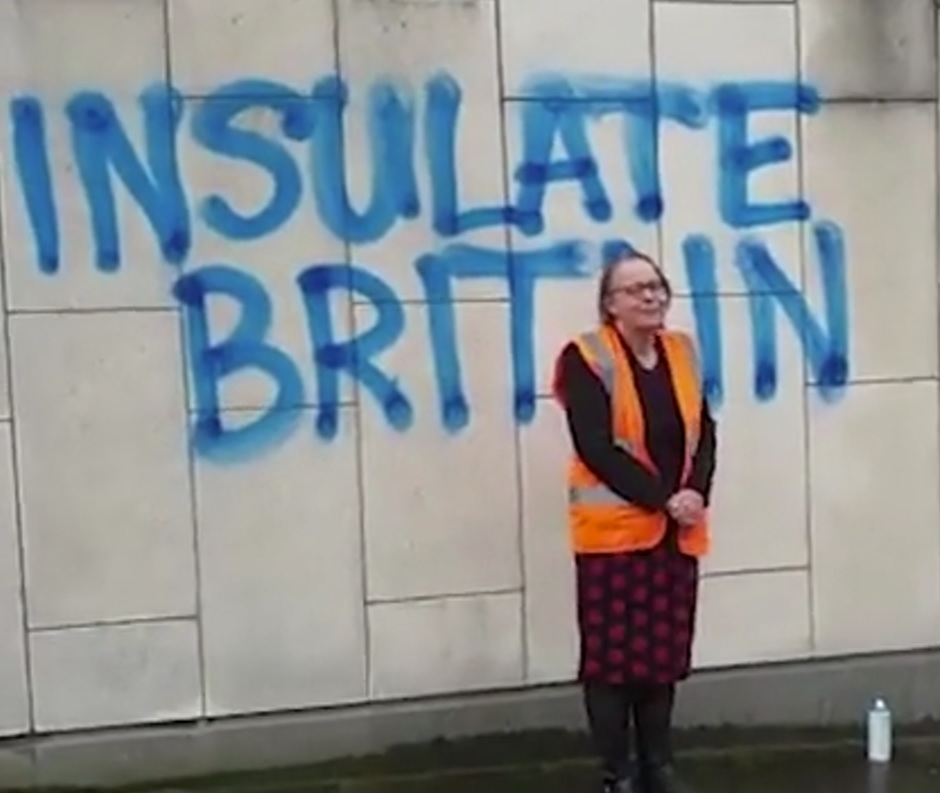 A Brighton activist who graffitied Insulate Britain on a court building has been jailed for two weeks.

A group of nine people were due to appear charged with causing a public nuisance by obstructing junction 3 of the motorway on September 13 last year. They are due to stand trial at Lewes Crown Court next week.

Yesterday, Carter was herself in the dock charged with criminal damage, which she admitted – but was shocked when district judge Amanda Kelly sent her to prison for a fortnight.

Carter, of Sutherland Road, is now speaking to a solicitor with the intention of appealing the sentence.

Ms Kelly told Carter: “This was a deliberate act of vandalism that was designed to attack not only a public court house but the criminal justice system itself.

“By graffitiing the place where the court sits, and posing for photographs that were then distributed so widely on social media and in the press, you were sticking two fingers up at the rule of law and the authority of the court.

“I have had regard to the sentencing guidelines and I take the view that this is a case of higher culpability and greater harm. This was a pre-meditated act causing damage to a public amenity and it has caused significant social harm for the reasons I have given.

“I take into account your good character, your early guilty plea and your remorse. But the only appropriate sentence in this case is an immediate custodial sentence.

“I have reduced my starting point of six weeks imprisonment to two weeks to reflect your good character, your remorse and your early guilty plea.”

Extinction Rebellion today published a statement which Carter, who represented herself, read out in court during yesterday’s hearing.

In it, she says the slogan had been largely washed off by the time she had been questioned by police, which took several hours. She also said she offered to clean the traces off herself.

She said: “I am here because of a non-violent act taken as a rational and compassionate response to the failure of our government. It is failing to meet legally-binding targets for carbon emissions set under the Paris Accord.

“It is failing to communicate to the people at large the emergency that Parliament itself has declared. This failure could cost us our lives, our children’s and grandchildren’s lives.

“It seems that what I have done is a crime and I have been advised there is no defence in law that I could offer with a reasonable hope of success.

“I know that it is not a crime to be a bystander, to watch as the world burns, when scientists are pleading with us to act to avert the unimaginable suffering entailed by global ecological and societal collapse.

“But I would rather stand here and plead guilty to criminal damage than to stand on the sidelines, wringing my hands and bear the guilt of failing to act at this crucial point in history.”

Any appeal for a sentence at a magistrates court is heard at a crown court.