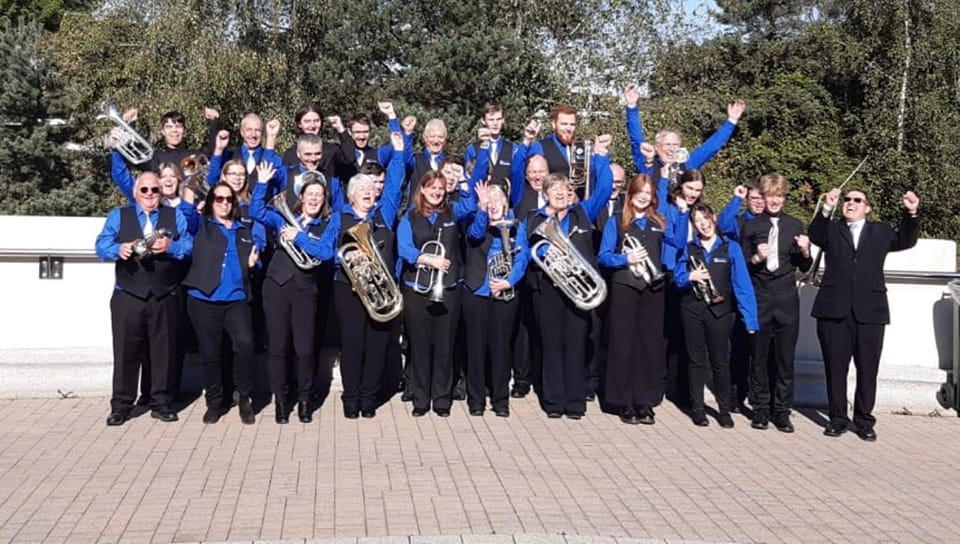 A Hove brass band is celebrating success in the national finals of the National Brass Band Championships last weekend.

Hangleton Brass Band came eighth out of the top 16 Fourth Section bands in the country when they competed on Sunday, 18 September.

The group has also been promoted to Third Section for the next qualifying competition in Stevenage where they hope to reach the finals again next year.

Conductor Richard Baker led the 28-piece band in the piece New Beginnings composed by Fredrick Schjelderup at the contest, which was held at Cheltenham racecourse.

Principle euphonium player Chris Nonoo, 62, said: “It’s a huge musical challenge. I think because you do extra rehearsals it improves the sound of the band, you have to work on so much detail to get it exactly right.

“I think we have a terrific team spirit as a band. The sense of achievement at the end when you’ve done it is phenomenal.

“We did come off the stage, I certainly did, thinking that there was no way we could have done any better than that. We gave it our all, we played our little hearts out.”

The group rehearses in Hangleton Primary School on Friday afternoons, and often plays alongside the youth band which has 50 members.

The comments from adjudicators David Ashworth, Paul Holland and Roger Webster included: “Much to be proud of – some fine playing. Rock steady percussion throughout and well directed.”

The band received a special pep talk from solo euphonium player with the Brighouse and Rastrick Band, Chris Robertson, who offered motivation and advice to the players while in Cheltenham.

Mrs Nonoo said: “His support made us all feel really special. A bit like Christiano Ronaldo coming to a local football club if you know what I mean.”

The Hangleton Brass Band will be performing a Christmas concert at 7pm on Saturday, 3 December at Bishop Hannington Church, Hove.

The band welcomes all new players, but especially Eb bass and cornet players in the senior band.