A lightning storm off the coast has been delighting spectators in Brighton and Hove tonight. 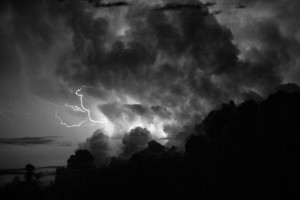 By Samuel James – taken from Newhaven, more from Sam here

The storm started at about 8pm, and as there was no accompanying rain over the land, many people assumed it was fireworks.

But those who ventured down to the coast saw that it was in fact an electrical storm, lighting up the skies to spectacular effect.

The storm is moving eastwards along the channel, and witnesses say it is concentrated in just one cloud. You can track its progress here.

Callum Taylor took this short video of the skies lighting up over the Palace Pier in Brighton:

Caroline Dugard shot this film of the storm over the Palace Pier in Brighton:

Rana Dincer took this picture from the beach: 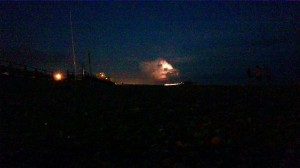 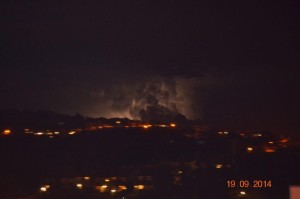 And Adam Stepney took this picture of the storm from Peacehaven: 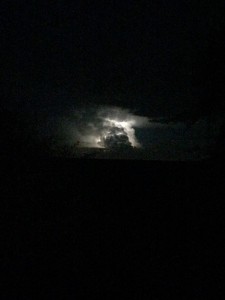 Andrea Melvin-Harris shot this video from the South Downs, 14 miles away from Brighton:

Have you taken a picture or video of the storm? Email brightonandhovenews@gmail.com.