Vacant Brighton night club building to be converted into theatre

A vacant Brighton night club building is to be converted into a theatre.

The founder of property agency Just Lets, Roger Kay, has taken over 11 Dyke Road, Brighton, which was formerly the night club 24. It was also known as New Hero.

The gothic-style grade II listed building has also been used as a school and as offices.

Mr Kay, who founded the theatre company Pretty Villain Productions, said that he was delighted to be the new proprietor of 11 Dyke Road with the intention of turning it into a theatre.

He has described the premises as a landmark building to which he intended to bring quality productions.

The venue is to be refurbished and restored commensurate with the surrounding area, he added, with formal plans expected to be announced shortly. 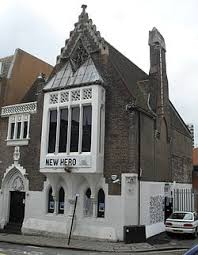