Another Brighton teenager has reportedly been killed in Syria – months after his brother died while fighting with rebels. 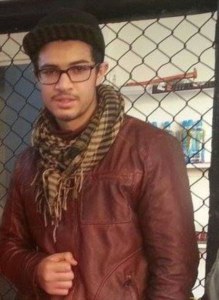 The Deghayes family, who live in Arundel Drive East, Saltdean, has told Press Association that Jaffar, 17, was killed fighting at the weekend. His brother Abdullah, 18, died in April.

Jaffar Deghayes, 17, from Brighton, has been killed in Syria – months after his brother also died in the conflict, their father tells PA.

The pair, plus a third brother Amer, 20, went to the war-torn country together earlier this year.

Abubaker Deghayes told PA: “Amer sent me a message via the internet. All I know is that (Jaffar) was fighting against Assad and was killed in battle.

“I don’t know much else. I can only hope and pray to God to accept him and have mercy on him.”

Abubaker Deghayes is reported to have said that they went to Syria without his consent.

Abdullah’s uncle Libyan-born Omar Deghayes, 44, returned to Brighton in 2007 after being held without trial at Guantanamo Bay for five years.

Mr Deghayes, a victim of mistaken identity, was later paid compensation by the government.

Last month another Brighton teenager Ibrahim Kamara was reportedly killed in action. Amer Deghayes paid tribute to him on Facebook.