Brighton Fringe reveals its 2016 programme today, including major new seafront pop-up venue Republic, the arrival of Edinburgh venue Sweet, and a 900-event programme including the Fringe All Nighter that will see shows run until dawn. 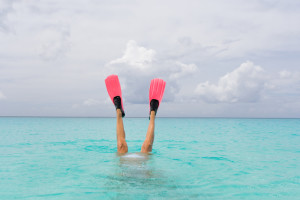 This year’s WINDOW programme, ten shows selected by industry experts for the quality of their work, includes the world premiere of the surreal Aphrodite in Flippers (11-15 May) from the bold & saucy theatre company, Whiskey Tango Foxtrot (9-15 May), based on the true story of one woman’s time in the RAF, the Tim Burton-esque The Girl Who Fell in Love With the Moon (12-14 May) from award-winning company The Human Zoo and Groomed (various dates 7-22 May), a one-man show from Patrick Sandford, ex artistic director of Southampton’s Nuffield Theatre. 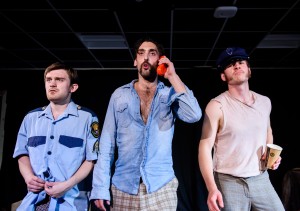 Other offerings from the 235-strong theatre programme include Police Cops (13-21 May), winner of both the Brighton Fringe Award for Excellence at the 2015 Edinburgh Fringe and a 2015 Stage Award for Best Ensemble Acting Excellence; El Blanco (6-8 May), the 2015 South African National Arts Festival Gold Ovation award-winner that comes to Brighton Fringe courtesy of the new Pebble Trust International Touring Award; Daniel Bye’s Going Viral (30-31 May, 1 June), winner of the Scotsman Fringe First Award 2015; Hungry Wolf’s Runts (12-15 May) by 2015 IdeasTap Underbelly Award Winner Izzy Tennyson, and the critically acclaimed Gods Are Fallen and All Safety Gone (16-18 May) from Greyscale Theatre. 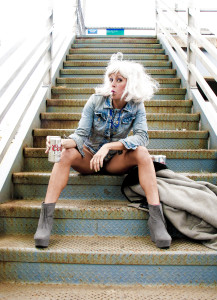 Cabaret is particularly strong with a 70-strong programme featuring the Wau Wau Sisters’ and La Clique favourite Adrienne Truscott in her Brighton solo debut (5-7 May), debuts from the Australian, award-winning, all-male agent provocateurs Briefs (various dates 18 May – 5 June) and post-modern diva Meow Meow (8-9, 16-17 May), plus the welcome return of Time Out Top 10 cabaret star Le Gateau Chocolate (5-7 May). Big hitters David Hoyle (18 May), Camille O’Sullivan (12-15 May), Bourgeois & Maurice (12-14 May) return and Hoyle’s protégée Alfie Ordinary makes his solo debut with Help! I Think I Might be Fabulous (14, 28 May). 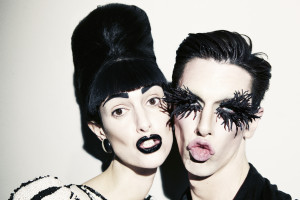 There are 275 comedy shows to choose from including Unstoppable, a brand new show from Max and Ivan (29-30 May), Fosters’ Comedy Award Best Newcomer Nominee 2015 and Scottish Comedian of the Year Larry Dean (20-22 May), Sleeping Trees (24 & 25 May, 3-5 June), Gein’s Family Giftshop (29 May) and the smash-hit comedy gameshow WiFi Wars (15 May). Shows from BBC Radio favourite Jessica Fostekew (8, 15 May), and James Bennison (various dates 7-30 May), winner of the Brighton Fringe 2015 Best Young Comedy Performer, will premiere and Pat Cahill’s Panjandrum (13 May), one of Time Out’s Top Ten Comedy Shows of 2015, will also appear. 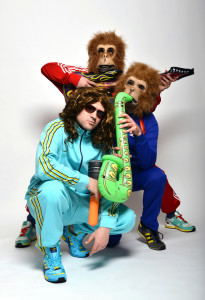 The Fringe’s 100+ music programme is as diverse as ever and includes electro mischief-makers Cassetteboy and DJ Rubbish (6 May), nu-folk star Martha Tilston (11 May), acoustic and slide guitar genius Martin Simpson (15 May), and off kilter soul singer Marilyn Carino (2 June). Also returning is the Dutch experimental music and performance art group, 7090 with the UK premiere of Huldebiet (6-8 May). Spoken word events include award-winning beatboxer Shlomo’s new show #NewRules (2 June) and The Odditorium (7, 18, 12 and 26), where Watchmen and V for Vendetta author Alan Moore is due to make a rare live appearance.

Dance offerings include two WINDOW shows: The Sissy’s Progress, which invites the audience to follow performer Nando Messias and his marching band through the streets of Brighton (7 May), and It’s Okay I’m Dealing With It (11-14 May), a new work from The Hiccup Project, winners of the Brighton Fringe/South East Dance Award 2015.

A total of 165 venues are hosting Brighton Fringe events including Republic, a new pop-up beachside venue that boasts a diverse range of circus, cabaret, comedy and family performances, and Sweet Venues, which is bringing shows to Brighton Fringe for the first time, having built a strong reputation at Edinburgh Fringe since its inception in 2003.

The ever-popular Brighton Spiegeltent returns to the Old Steine, as does The Warren on the grounds of St Peter’s Church. The first ever Fringe All Nighter (27 May) will see a late night Fringe City bring live cabaret, circus, music and performances to the streets of Brighton and evening art installations, exhibitions, theatre, cabaret, music and club nights run across Fringe venues until 8.30am.

Creative showcase Fringe City will see the North Laine come alive on Sundays as well as Saturdays this year, with performances every weekend in May covered. This includes two Brighton Fringe family picnics (7 & 14 May), just one of the 60+ family shows on offer during the Fringe. 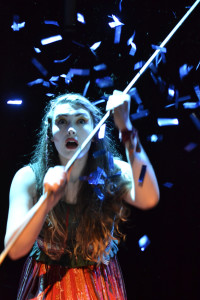 The Girl Who Fell in Love With the Moon. Picture by Emily Waterhouse

Julian Caddy, managing director of Brighton Fringe, said: “All over the world, Fringe festivals have become a fundamental part of the arts ecosystem and the continued extraordinary growth of Brighton Fringe is testament to this. We are taking people away from digital screens and opening up live performance to a wider audience than ever before, with an unprecedented range and affordability that is truly a breath of fresh air. Brighton Fringe is now a definitive landmark event that the whole country can be proud of.”

Sweet Venue’s artistic director JD Henshaw said: “We are delighted to be able to bring our performer-led venue to Brighton for the first time, showing the connections between the largest UK Fringes are ever-strengthening. We cannot wait to bring our world-class programme to both ends of Britain – with amazing shows for our equally amazing audiences.”

Brighton Fringe 2016 takes places from 6 May to 5 June. Tickets go on sale to Friends of Brighton Fringe from 24 February and on general sale from 3 March. For more information visit brightonfringe.org or call 01273 917272.