A Hove swimming pool was evacuated after a chlorine leak this afternoon (Friday 26 February).

Firefighters were called out to Sports Direct Fitness, in St Heliers Avenue, Hove, shortly before 3pm.

East Sussex Fire and Rescue Service said: “Firefighters from Hove were called out at 2.51pm today to reports of a chemical leak, identified as being chlorine gas in the swimming pool and plant room area. 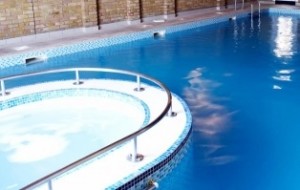 “A strong smell of chlorine gas was reported to crews and a small number of people experiencing unpleasant side-effects, including sore eyes and coughing.

“They have been checked at the scene and left in the care of the ambulance service.

“Fire and Rescue crews checked that all persons were accounted for before entering the plant room, wearing breathing apparatus, to isolate the equipment, check for leaks and ventilate the area.

“Chlorine is produced at swimming pools to ensure that the water is adequately disinfected.

“The exact nature and quantity of the leak has been investigated and the premises were evacuated.

“It is likely that the swimming pool area will remain closed until an engineer has fully checked the chlorine production equipment.