Albion are all square with the Owls in a fairly drab first half in which two Jamie Murphy efforts have seen Albion’s best chances . The first of which saw Keiran Westwood in the Wednesday goal tip  a 25 yard effort over . Later Lucas Joao appeared to aim a kick at Coner Goldson and the tall Wednesday strker was booked.

Albion appear to be missing the industry of Beram Kayal in the middle of the pitch. 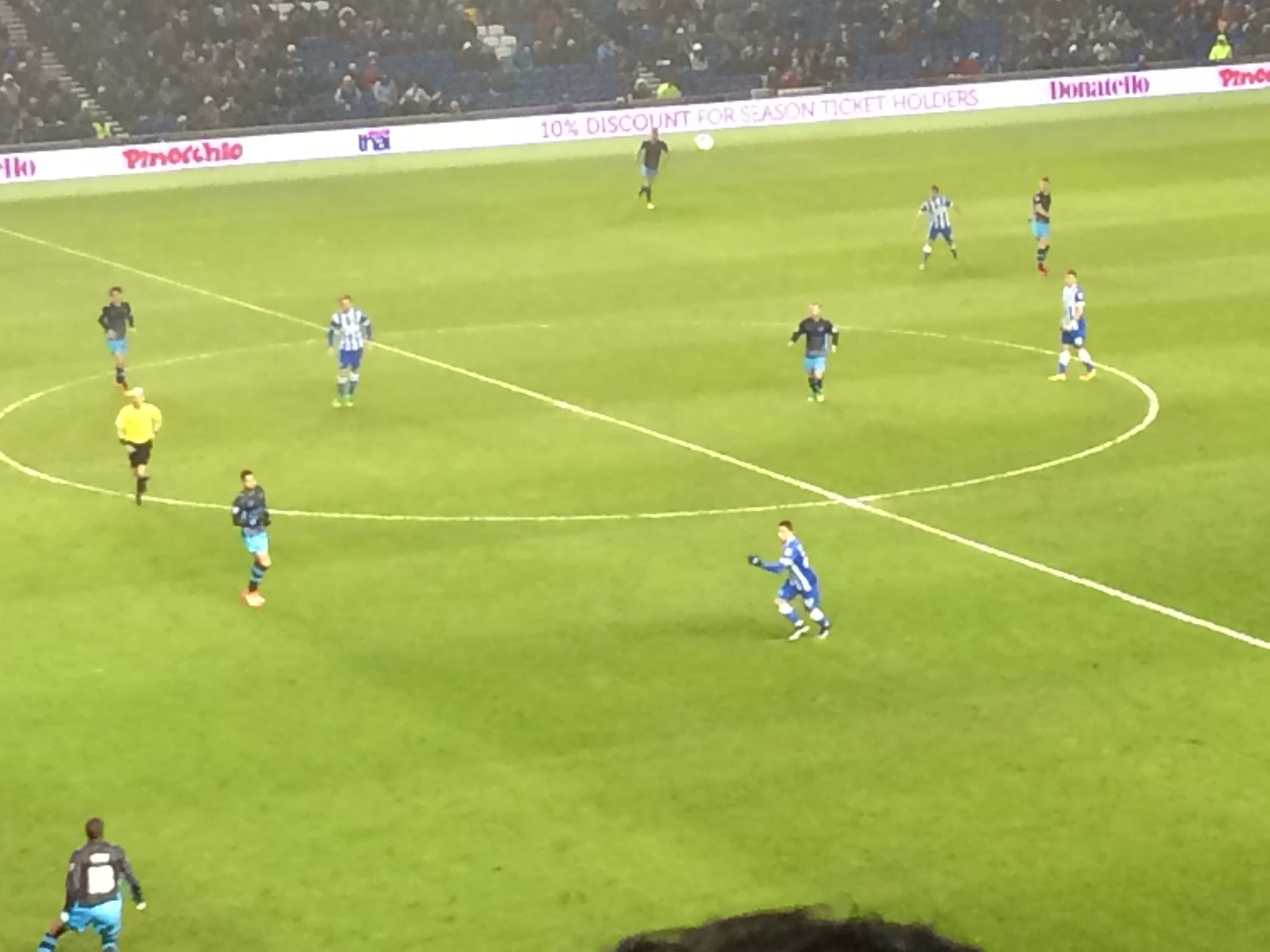