1) The realisation that the Amex’s most frequent evening kick-off referee Keith Stroud, was 4th official. Mr Stroud managed to get himself  involved in a controversial throw in incident- so as not to disappoint his fans. 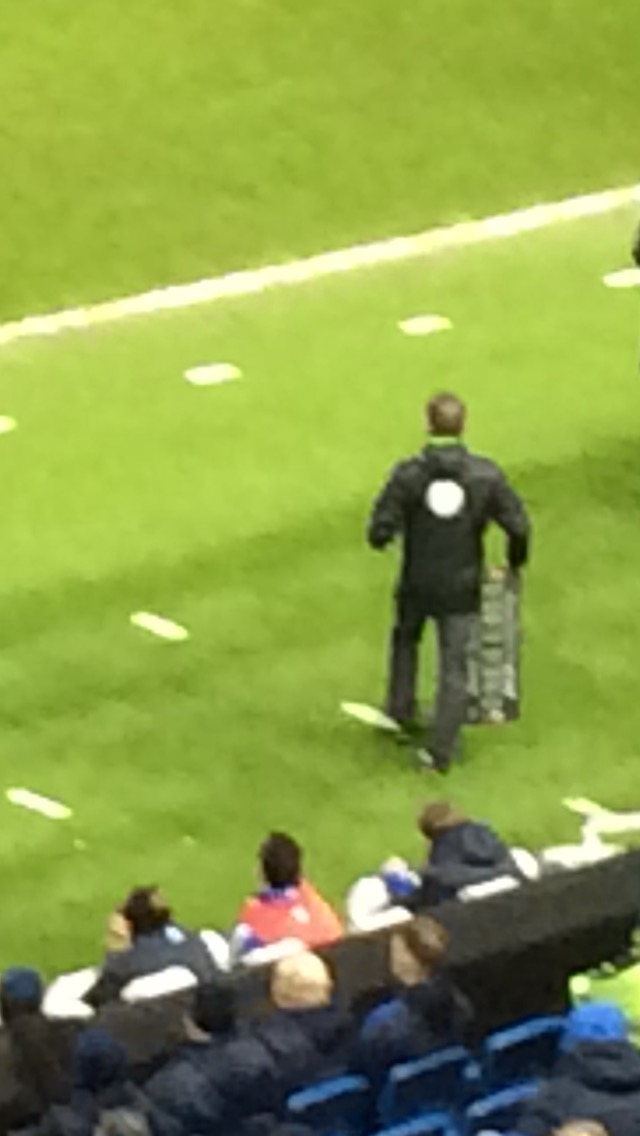 2) Sheffield Wednesday’s kit was not too dissimilar to Albion’s. Perhaps causing a few strange decisions from Ref Darren Drysdale. Wednesday have played in yellow on most previous  visits to the Amex 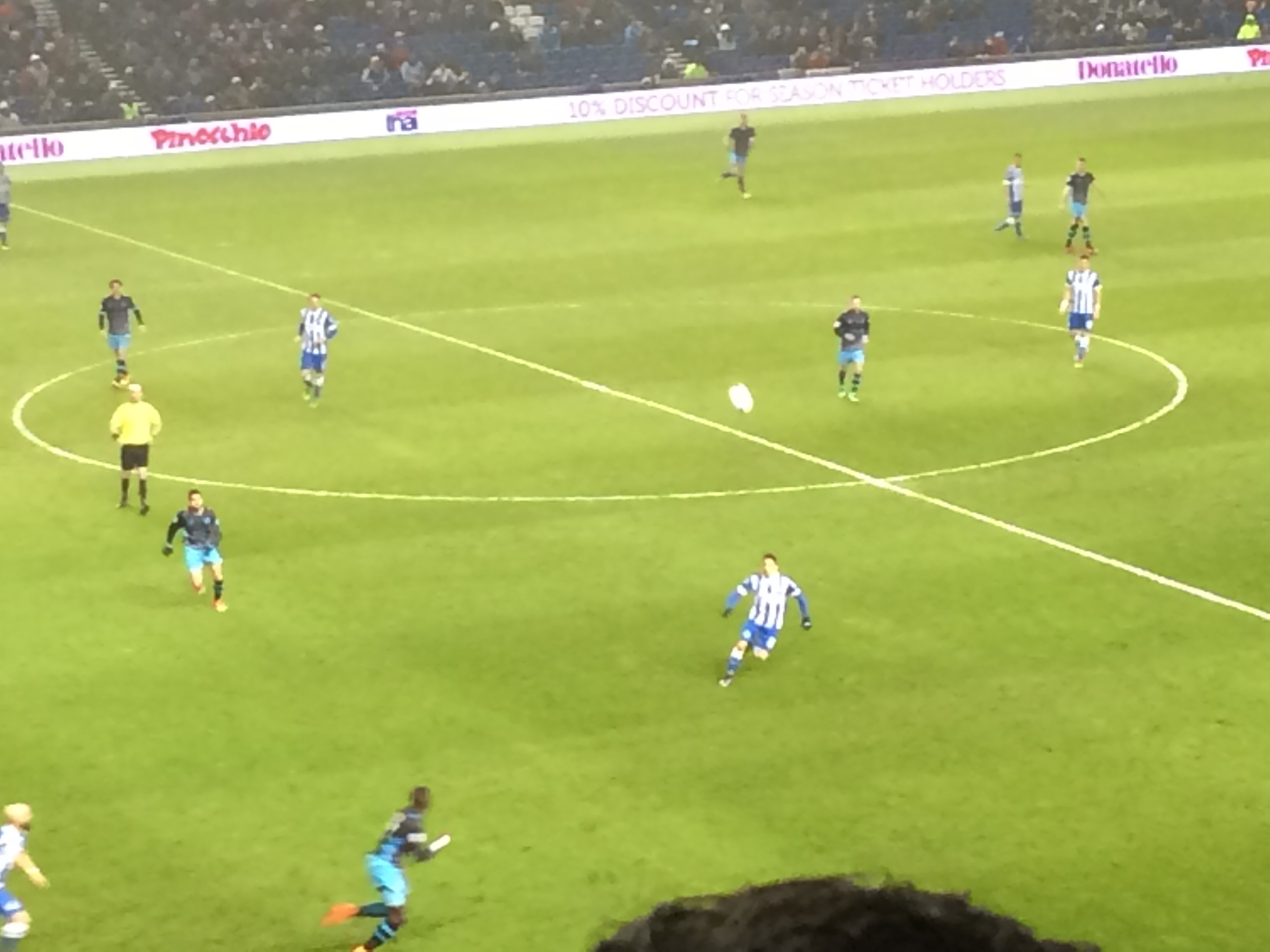 3) The swirling rain illuminated by the floodlights and carrying all the way to the middle tier of the west stand.

4) The sight of Beram Kayal rather forlornly warming up on the touch-line and then sitting back down and removing his boots. Albion could have done with his industry and imagination at any point last night.

5) Conner Goldson collecting his man of the match award from the sponsors. Although fully deserved after his brilliant performance ,it’s a shame not many were left to see it. 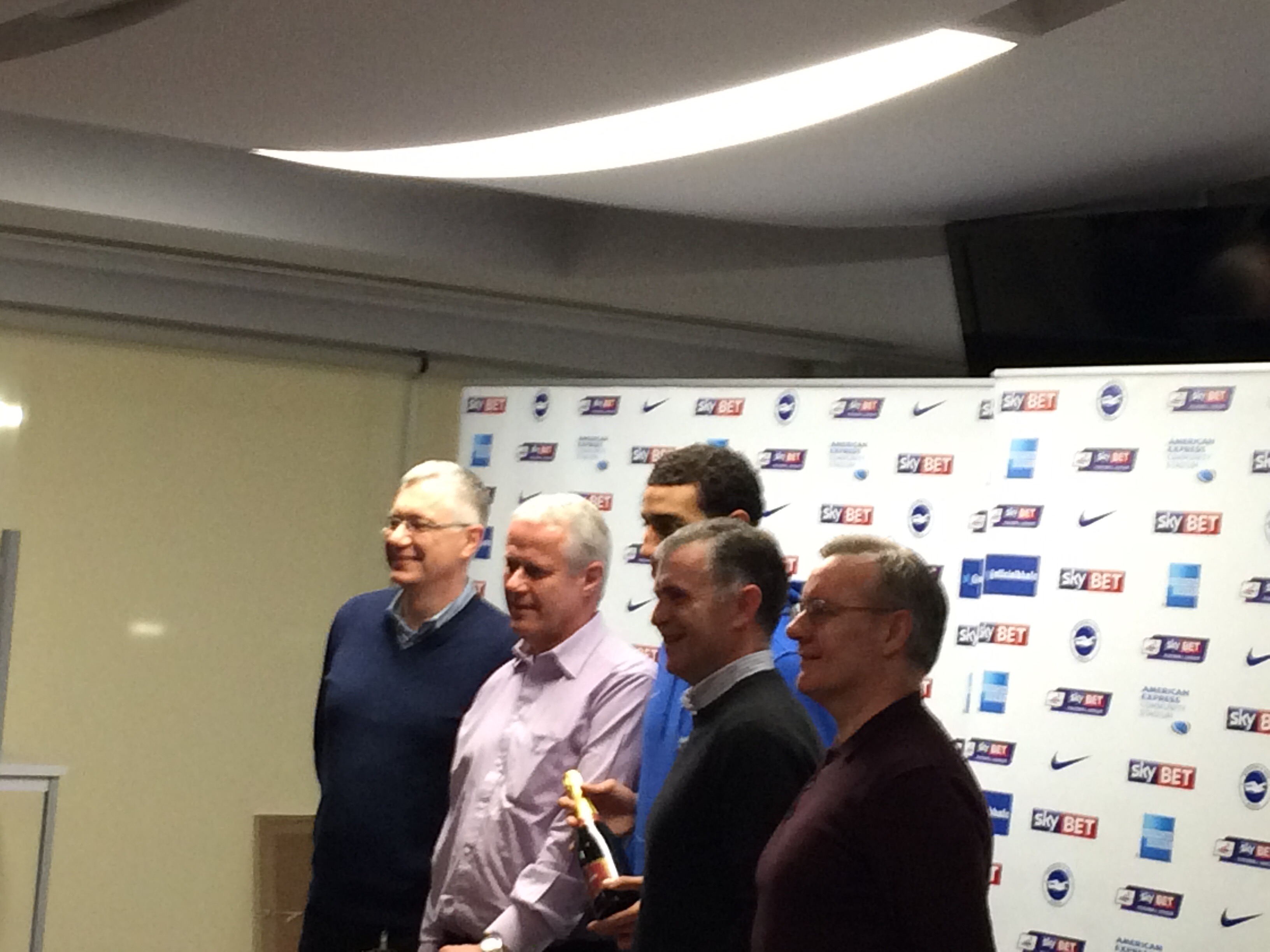