Sussex County Cricket Club have a new sponsor for their flagship stadium at Hove in the form of Haywards Heath based motor insurer 1st Central.

1st Central, or FCIM, is based in Perrymount Road and was set up by Ken Acott  and Mike Leonard in 2008. The company sold its millionth policy in 2013.

Its sponsorship runs until the end of the 2018 season. The previous stadium sponsor was Brighton and Hove Jobs.

The County Ground will be renamed the 1st Central County Ground and the first match is scheduled for Easter Monday (28 March), a friendly against Surrey. The two-day game continues on Tuesday 29 March. Admission is free on both days. 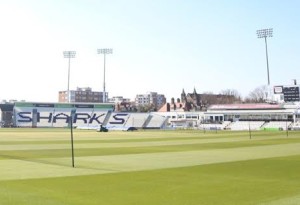