A teacher from Whitehawk has returned from a trip to Tanzania where he shared some of the digital expertise being used to transform lessons in a Brighton primary school.

Year 6 teacher Mark Richardson, leader in digital learning at the City Academy Whitehawk, taught youngsters how to use iPads.

By the end of their first session they had made an ebook about their school, including sound and video clips that they had recorded. 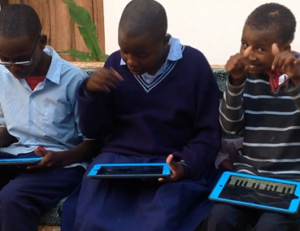 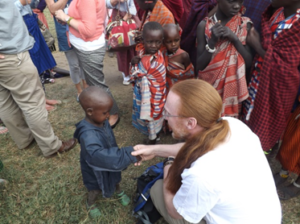 Mr Richardson travelled to Lumo School, in Wasso, in the Ngorongoro Conservation Area, just outside the Serengeti National Park.

He shared iPads with the staff and children which were provided by the Fonthill Foundation, a Brighton charity led by Andrew Goodall, who runs Brunswick Developments at Brighton Marina.

The Fonthill Foundation also first provided iPads for staff and pupils at the City Academy Whitehawk a few years ago.

And Mr Goodall has also supported educational work in Tanzania through the Goodall Foundation which was set up in honour of his parents Robin and Sylvia.

Mr Richardson’s trip is the latest visit helping to strengthen the ties between Brighton and Wasso and its surrounding area. He helped start the training of teachers and children in the use of iPads, touchscreen TVs, laptops and webcams. They used a converted former shipping container as a classroom, which has a satellite link to the internet. City Academy head David Williams is heading out there in November as part of a drive to continue the innovative approach adopted since Whitehawk Primary School became an academy three years ago.

Looking at new ways to enrich the curriculum with a programme of digital learning has been a key part of his approach.

He is keen to see the communication technology enable the children in Wasso and Whitehawk to explore collaborative learning, share their work and have real-time dialogue with each other.

The teachers in each school should soon be able to teach classes in both places at the same time and with interaction via a number of platforms.

The aim is to change lives on both sides of the world and support all the children to broaden their learning and raise their aspirations.

There are 360 children on roll at the Lumo School, which is owned and run by a non-governmental organisation (NGO) called NEPT (the Ngorongoro Education Project Tanzania). The children follow a Tanzanian curriculum in English.

As the project continues, it is hoped that the partnerships will develop further, enabling greater collaboration between the schools in Tanzania and Whitehawk and benefiting the educational experiences of both communities.