Labour held East Brighton in the by-election for a seat on Brighton and Hove City Council.

Lloyd Russell-Moyle, 29, won the seat with 1,488 votes, almost 58 per cent of the votes cast and nearly a thousand votes ahead of the Conservative candidate David Plant who came second with 514 votes.

The result was declared shortly after midnight at Brighton Town Hall. Green candidate Mitch Alexander finished third with 286 votes, Leigh Farrow (UKIP) was fourth with 152 votes, Lib Dem Andrew England was fifth with 116 and Independent candidate Ramon Sammut came sixth with 31 votes. There were seven rejected ballot papers. The turnout was 24.48 per cent. 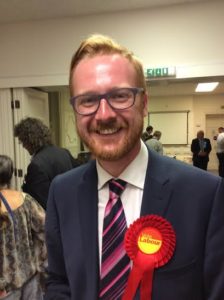 Winning candidate and newly elected councillor Lloyd Russell-Moyle said: “I’d like to thank the people of East Brighton, the ward where I live, for putting their trust in me. It has been great getting to know them even better. I look forward to working as part of the fantastic Labour team on the council, and I’d like to pay tribute to my predecessor Maggie Barradell.”

Mrs Barradell resigned to move near to her elderly mother and care for her after her father died.

Council leader Warren Morgan said: “This is a ringing endorsement of the work we are doing leading the city council on building new homes, creating new jobs and getting the basics right. I’m proud my own ward has once again elected a Labour and Co-operative councillor with a huge majority.” 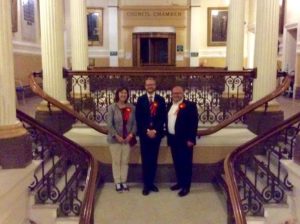