Thousands of children, parents and school staff took to the streets of Brighton yesterday (Saturday 6 May) for the annual Children’s Parade.

Crowds lined the streets from the North Laine to the seafront as the procession made its way through the city centre.

Here are some pictures of the opening event of the annual Brighton Festival – England’s biggest arts festival.

The theme this year was “poetry in motion” although there seemed to be a secondary theme related to newly promoted Brighton and Hove Albion.

Downsview School led the parade with a band called United Rhythm. The school’s costumes and puppet were based on Ducks’ Ditty from The Wind in the Willows by Kenneth Grahame. 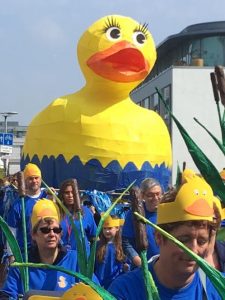 Most of the schools were Brighton and Hove primaries but the Portslade Aldridge Community Academy (PACA), Cardinal Newman and Dorothy Stringer were among the local secondaries taking part.

The Hot 8 Brass Band brought a flavour of New Orleans music, with samba and ska from the St Martin’s contingent and the Euphoria steel band, among others, providing lively backing tracks. 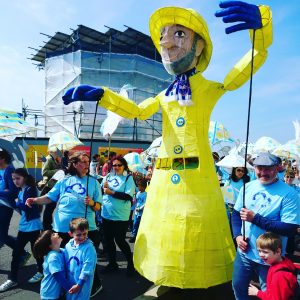 Many of the youngsters blew whistles too as the parade wound its way to Madeira Drive as the early clouds lifted on a beautiful morning, cooled by a light breeze.

The event was organised by the community arts charity Same Sky which is also behind the annual Burning the Clocks parade in December.

Brighton Dome and Festival chief executive Andrew Comben said: “We were hugely impressed once again with the ingenious ways in which schools have embraced the theme of the parade, ‘poetry in motion’, choosing poems by the likes of Shakespeare, Lewis Carroll, Pam Ayres and many more.

“How fantastic to see clowns, cats, witches and even a giant jam sandwich, parading through the streets of Brighton, led by the Hot 8 Brass Band. A fitting start to the Brighton Festival.” 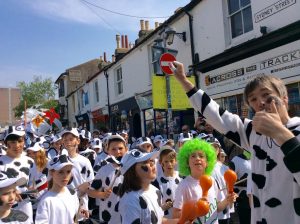 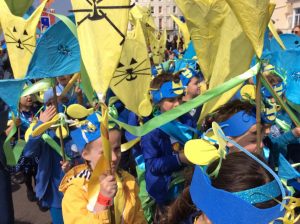 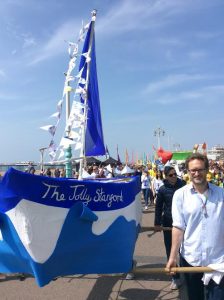 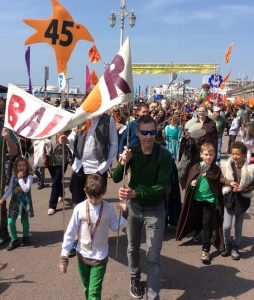 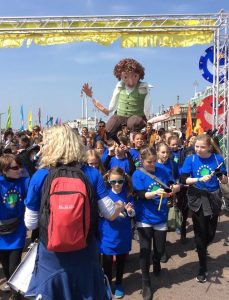 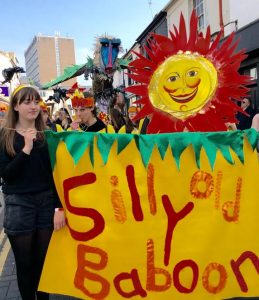 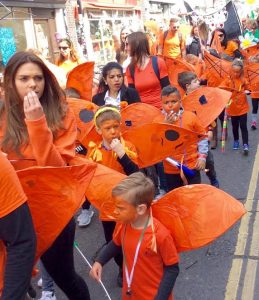 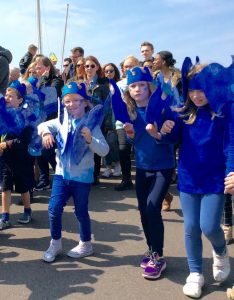 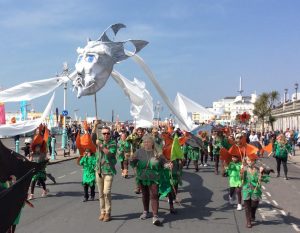 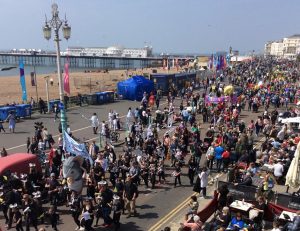