Here are some more pictures from the Children’s Parade – the opening event of the annual Brighton Festival – which took place yesterday (Saturday 6 May). 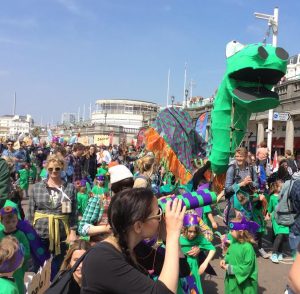 An estimated 5,000 children, parents and school staff took part with about 20,000 friends, family and other supporters lining the streets.

The theme was “poetry in motion” and inspiration came from a wide range of well-known poems from across the ages.

They included the Witches’ Spell by Shakespeare, Silly Old Baboon and On the Ning Nang Nong by Spike Milligan, the Jabberwocky by Lewis Carroll and The Giant Jam Sandwich by John Vernon Lord.

The parade was let by Grammy-nominated Hot 8 Brass Band, who brought their New Orleans style to Brighton’s streets, as well as this year’s Brighton Festival guest director Kate Tempest.

The familiar shape of the snow dogs – used last year to raise money for the Martlets Hospice in Hove – had a reprise. 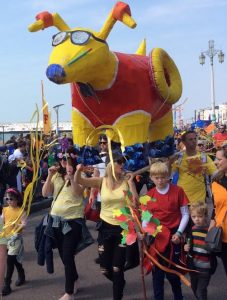 And butterflies, bees, a caterpillar, fishes and the Owl and the Pussycat – by Edward Lear – all took shape thanks to thousands of young imaginations, supported by arts charity Same Sky and dedicated school staff and supporters.

The festival – England’s biggest arts festival – runs for the next three weeks. 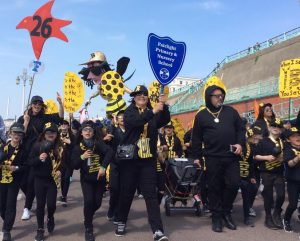 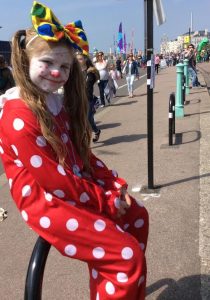 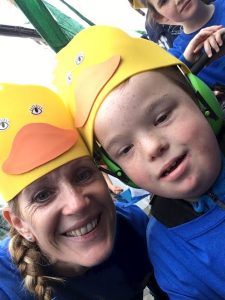 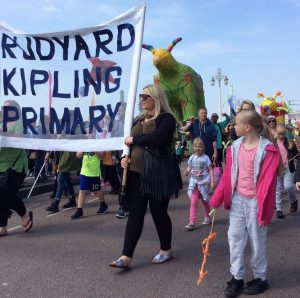 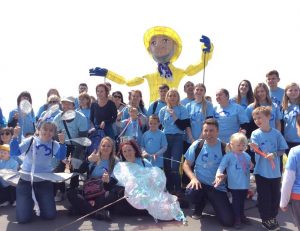 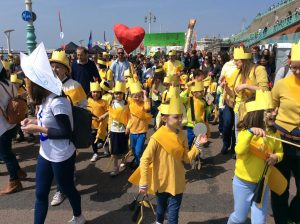 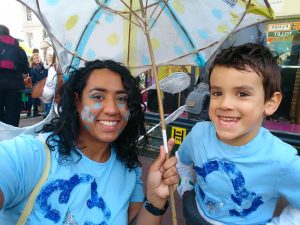 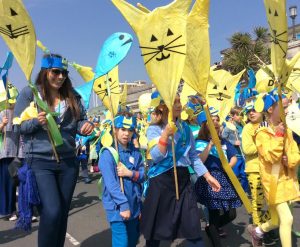 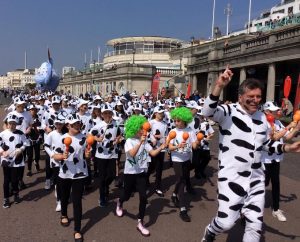 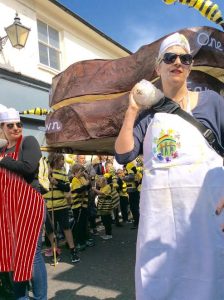 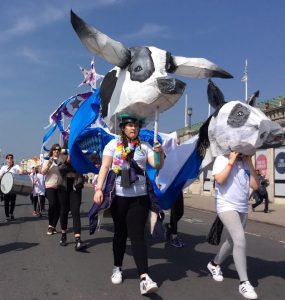