Saltdean Lido to open to the public in June

A huge community campaign will taste success next month when the Saltdean Lido reopens, almost five years since it closed amid fears for its future. 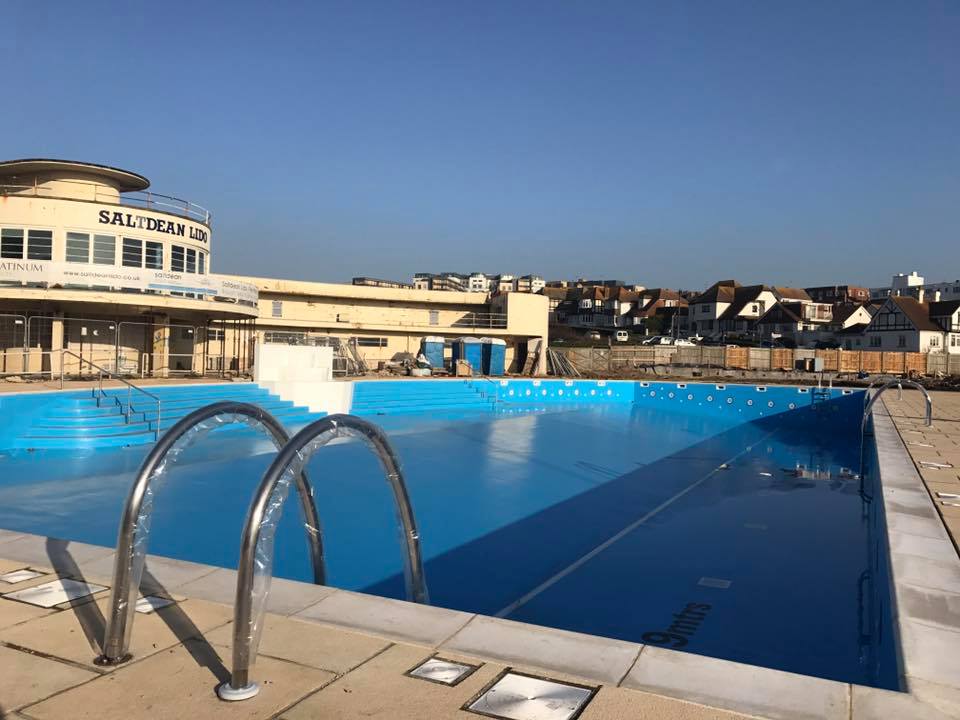 The lido will officially reopen on Saturday, June 17 – complete with new heating for the main pool, plus a new paddling pool and changing rooms, and re-landscaped grounds.

The art deco lido closed in 2012 when its owner Dennis Audley handed the leasehold back to Brighton and Hove City Council after being refused permission to build flats on the sited.

It was then sold to the Saltdean Lido Community Interest Company, which has raised millions of pounds through donations, grants and sponsorship.

A CIC spokesperson said: “This is a major milestone for everyone involved and all the supporters of the project.

“We hope you will support the local community run project and enjoy the lido this summer.

“We still have a long way to go so this summer we will be offering a temporary pop-up catering facility within the grounds until we complete works to the main building.”