Brighton & Hove Albion: Hughton expects Atletico Madrid to be at their competitive best

By : Tim Hodges from the Amex Press Conference
Comment: 0

Brighton and Hove News caught up with Albion boss Chris Hughton at the Amex last night. 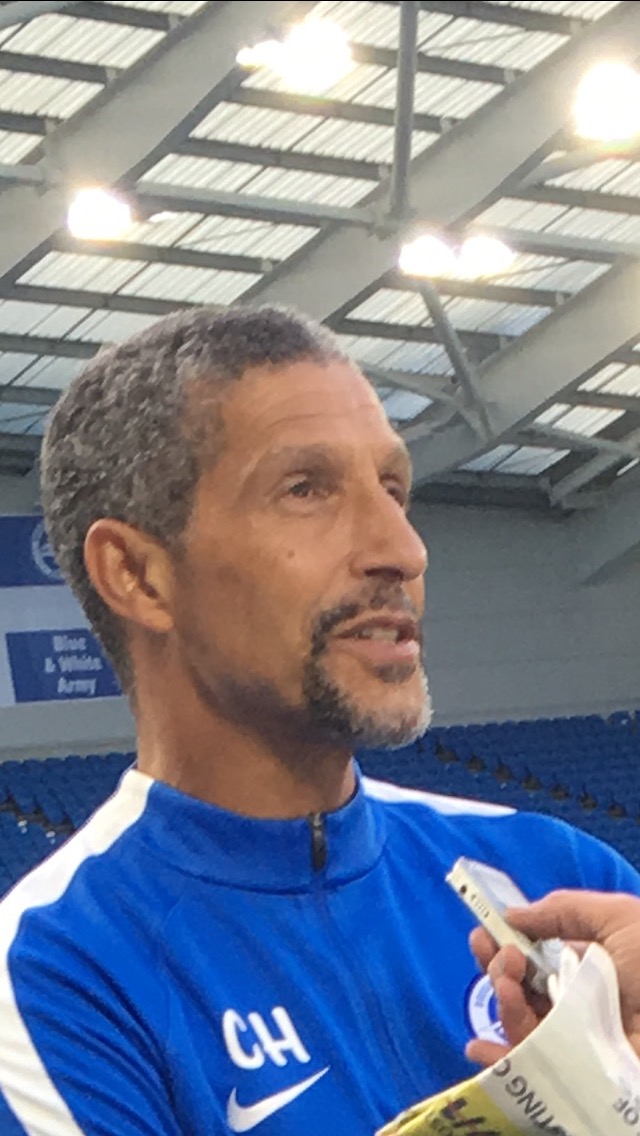 The players and staff were training for the first time under the new brighter floodlights in preparation for the forthcoming Premier League season.

He said: “We’re hoping they will bring a full squad.

“How they will manoeuvre that squad we don’t know. Knowing the manager, I wouldn’t expect them to play any differently to how they normally do, irrespective of the personnel.”

Atletico boss Diego Simeone – as competitive a manager as he was a player – is remembered by many England fans for his role in David Beckham’s sending off at the 1998 World Cup finals – a match won by Argentina.

Hughton said that some fringe players such as Kazenga LuaLua are likely to be involved tomorrow but none of the under-23 players are expected to be given a place on the bench.

More than the usual three substitutes are expected to be permitted.

Hughton would not be drawn on future transfer speculation except to say that nothing is final until all the formalities are completed.

The club issued a reminder to check travel arrangements as not all the usual park and ride locations will be operating. Southern have promised, though, to lay on extra trains.