Developers could be taxed to pay for city improvements

A levy could be imposed on new developments to go towards paying for community infrastructure such as schools, roads and parks under plans currently being consulted on by Brighton and Hove City Council from today. 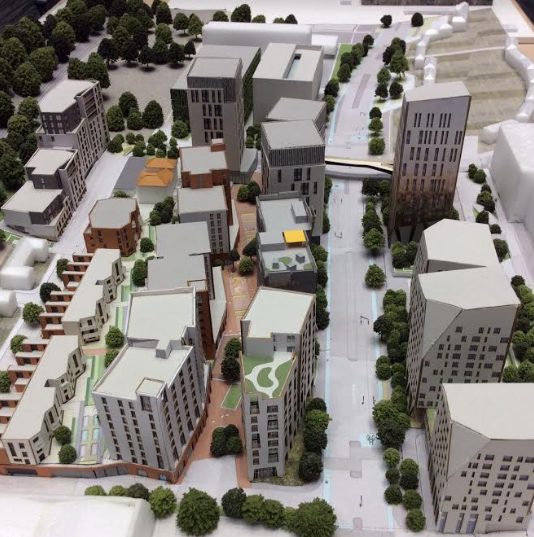 Major projects such as the Preston Barracks site could be taxed to pay for schools, parks and roads

The Community Infrastructure Levy (CIL) allows local councils to raise funds from new building projects in their area. CIL contributions can be spent on citywide infrastructure, which means the council can direct support to areas in most need.

Residents, developers, businesses and other organisations will have the opportunity to comment on a Preliminary Draft Charging Schedule which sets out proposed charging rates for the new contributions as £ per square metre of new floorspace.

“The introduction of a CIL was also recommended by the Planning Advisory Service Peer Review of the Planning Service in 2016 and is one of a number of projects underway to modernise the service.

“What we are trying to achieve is a balance between gaining income to help provide community facilities and infrastructure, while ensuring this is realistic for developers looking to invest and build in the city – that’s why everyone’s input will be invaluable to help the council move forward.”

A CIL charge will be payable on new housing, retail and student housing development that create more than 100 square metres of net additional floorspace. There are exceptions to the charge such as new affordable housing units, self-build housing and development by charities.

We invite comments on any of the planning documents, but particularly welcome views about the proposed charging levels and geographical zones where different charging rates will apply.

The council has based the proposed charging rates on an independent viability study. The study found that new-build residential development, purpose-built student housing and new retail floor space could all bear a CIL charge within a recommended charging range. Other uses and exempt development include affordable and self-build housing.

Until now the council has relied on Section 106 planning agreements from larger developments to fund local infrastructure. These agreements are commitments from developers to fund projects which will meet the needs created by that development.

Some of these agreements will remain, but CIL will secure funding from a wider range of development including small residential schemes, so that more new development will contribute to infrastructure required by the city.

CIL will deliver a predictable longer term infrastructure funding stream and the money can be spent on projects anywhere it is needed in the city.

The Community Infrastructure Levy can be implemented on new housing, and on non residential developments (over 100 sq metres) including shops, offices, hotels and industrial premises, based on a rate per square metre of development. Local councils need to show that the proposed charges are reasonable and take account of local land values and uses.