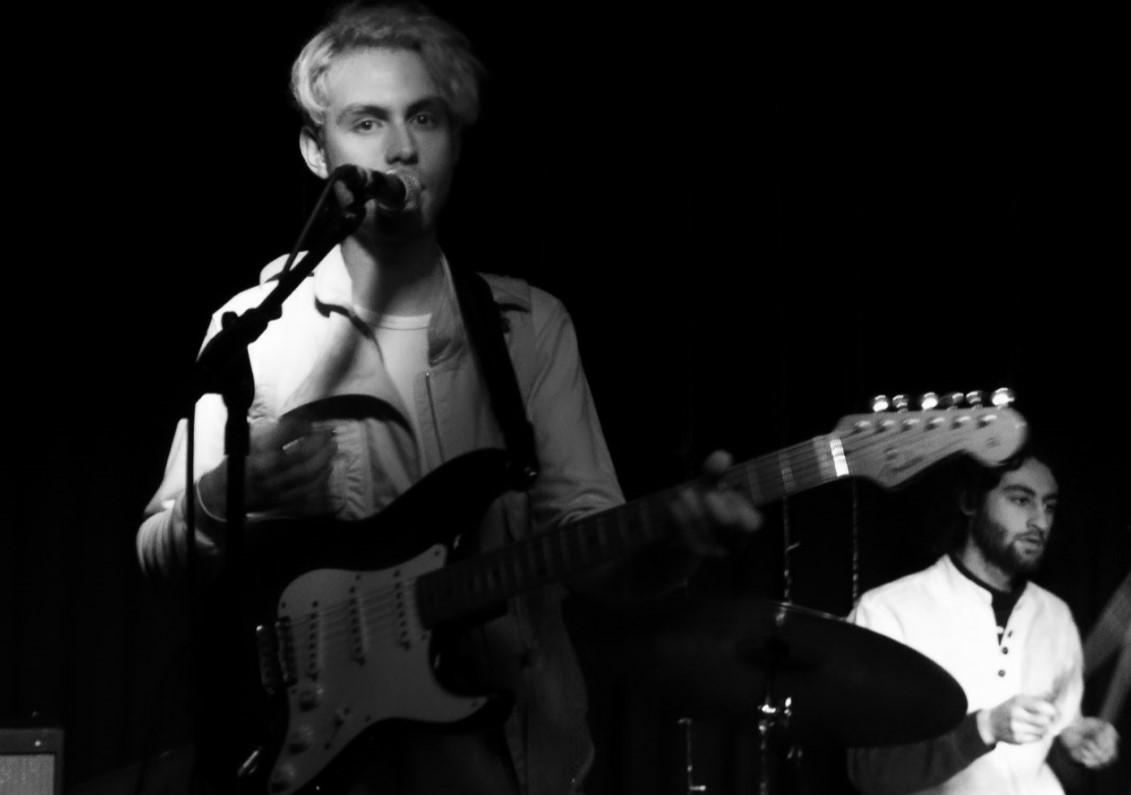 It was a memorable relaxing evening for those that came along to the intimate evening christened ‘Locals #5’ by Hot Wax Promotions and Tigmus in Brighton. These two local companies have a great working relationship by putting on their special events at The Prince Albert in Brighton. Their joint statement simplifies things in saying that “We’ll be aiming on putting on the newest bands, exposing their talent to new faces” and my word they are certainly doing that!

The talented acts showcased this evening were all very proficient in their crafts and both myself and my mate truly felt that all of them would during the next few years be graced with some degree of deserved success and recognition. 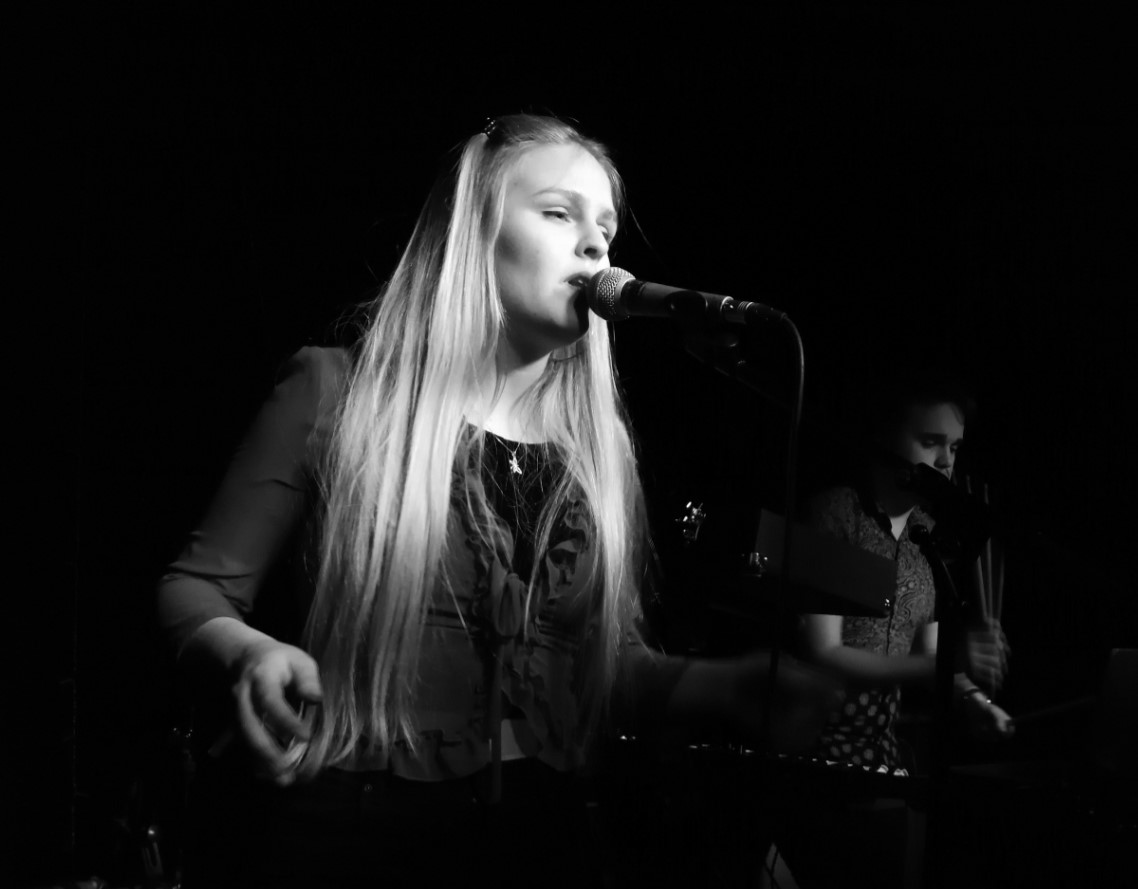 Olivia May Green live at The Prince Albert, Brighton 12.2.18

First up was the charming Olivia May Green with her two compadres. Olivia is a Mallorcan born, Brighton based electronic singer/songwriter who creates a deep, vibrant and distinctive sound. She has for all intents and purposes a smooth modern voice, somewhat not too dissimilar to Dua Lipa (who Olivia is a massive fan of) and Lauren Mayberry of CHVRCHES fame and let’s hope that Olivia follows in their wake.

She has uploaded her music video of ‘Devil Inside Of Me’ onto YouTube and so you can feel her emotions through her heartfelt lyrics and powerful voice. Watch it here: https://www.youtube.com/watch?v=_SW7rrLnlBI 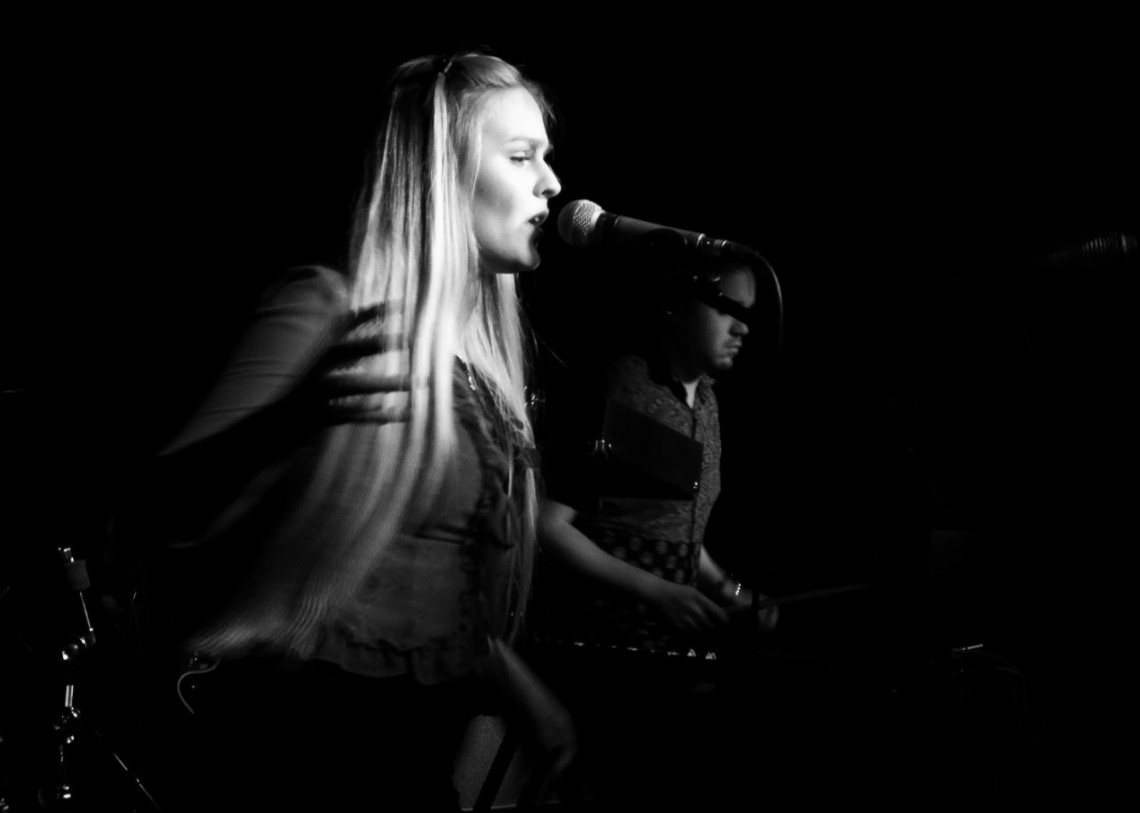 Olivia May Green live at The Prince Albert, Brighton 12.2.18

Olivia showcased setlist for ‘Locals #5’ was ‘Sweet Distraction’, ‘Train’, ‘Get Out’, ‘Devil Inside Of Me’, ‘Limited’ and ‘Darkest Daydream’. 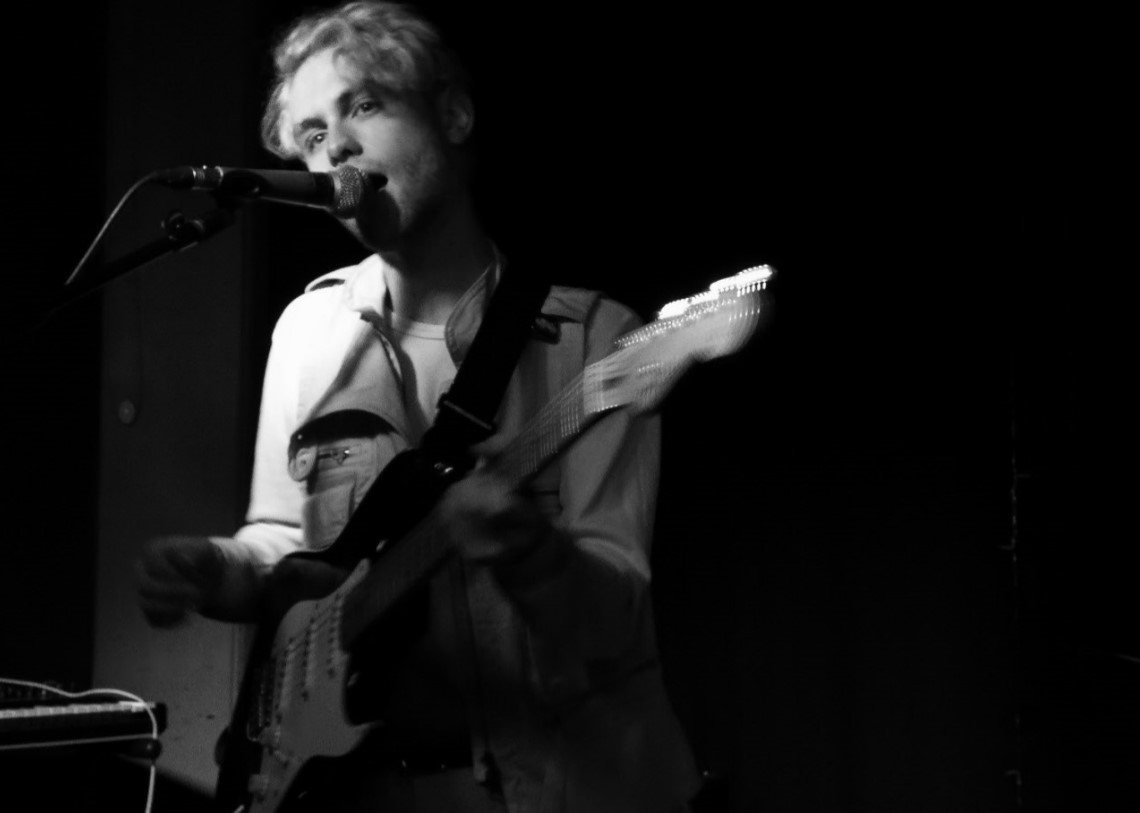 ‘Locals #5’ act two was Tuval who is a multi-instrumentalist songwriter based in Brighton. Tuval has in the past four years independently released three self produced EP’s to online acclaim, whilst honing his craft and attracting underground attention around the country. His music takes on the ambitious burden of fusing pop music with R&B, shoegaze and classically backed strings. Tuval has been compared to Elliott Smith, Jeff Buckley and Slowdive, however, tonight with his two mates, their set at the start sounded akin to a slightly dancey version of The Cure.

Tuval was sporting a new bleached blond look at the Albert, which was rather different from his recently uploaded locally shot video. She how many locations you recognise: https://www.youtube.com/watch?v=NoQfLoaXVZA

His showcased setlist for ‘Locals #5’ reads ‘My Love Don’t Worry’, ‘Under My Skin’, ‘Obscure Salvation’, ‘We Can Burn’ and ‘Fall’. 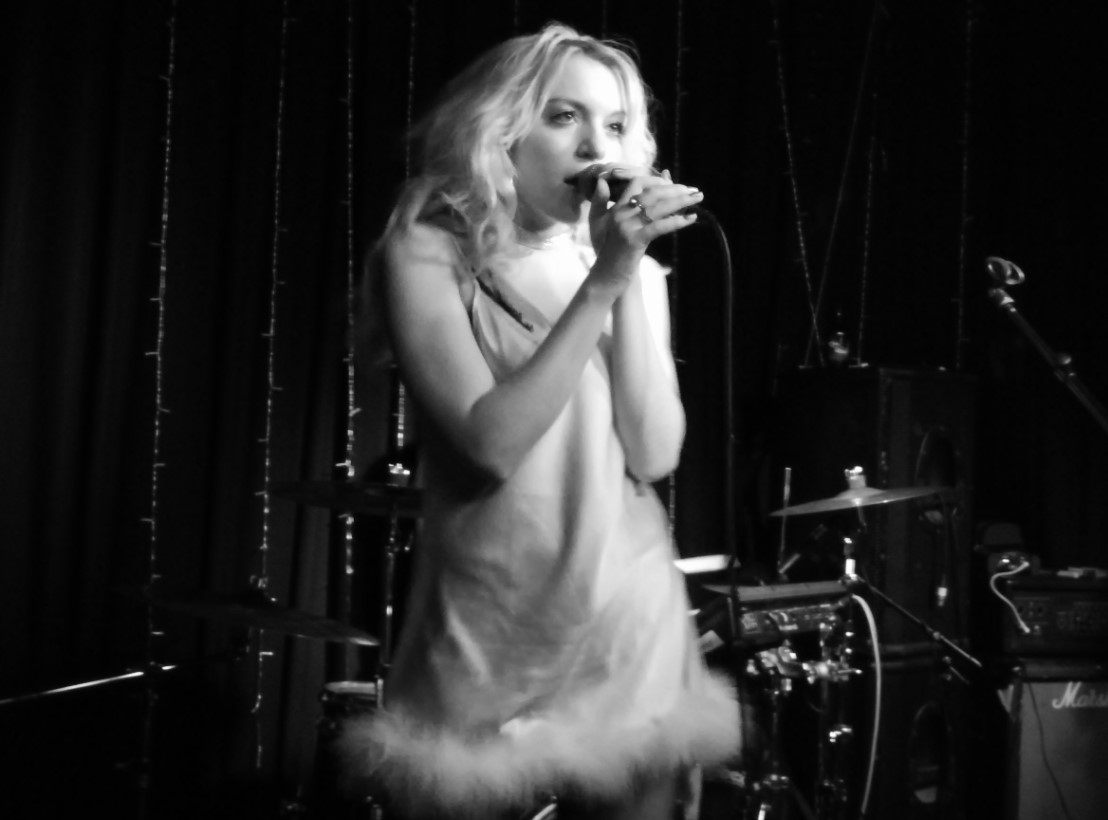 Penultimate act of the night was Circe (pronounced sir-sea) who also hail from Brighton. Circe component parts are sassy Alexa on vocals along with her bandmates, Mark, Brad and Tom.

We witnessed their recent set at another venue in town and yet tonight, Circe were even better – this is definitely work in progress. They have released ‘Under My Skin’ and ‘Blood And Wine’. 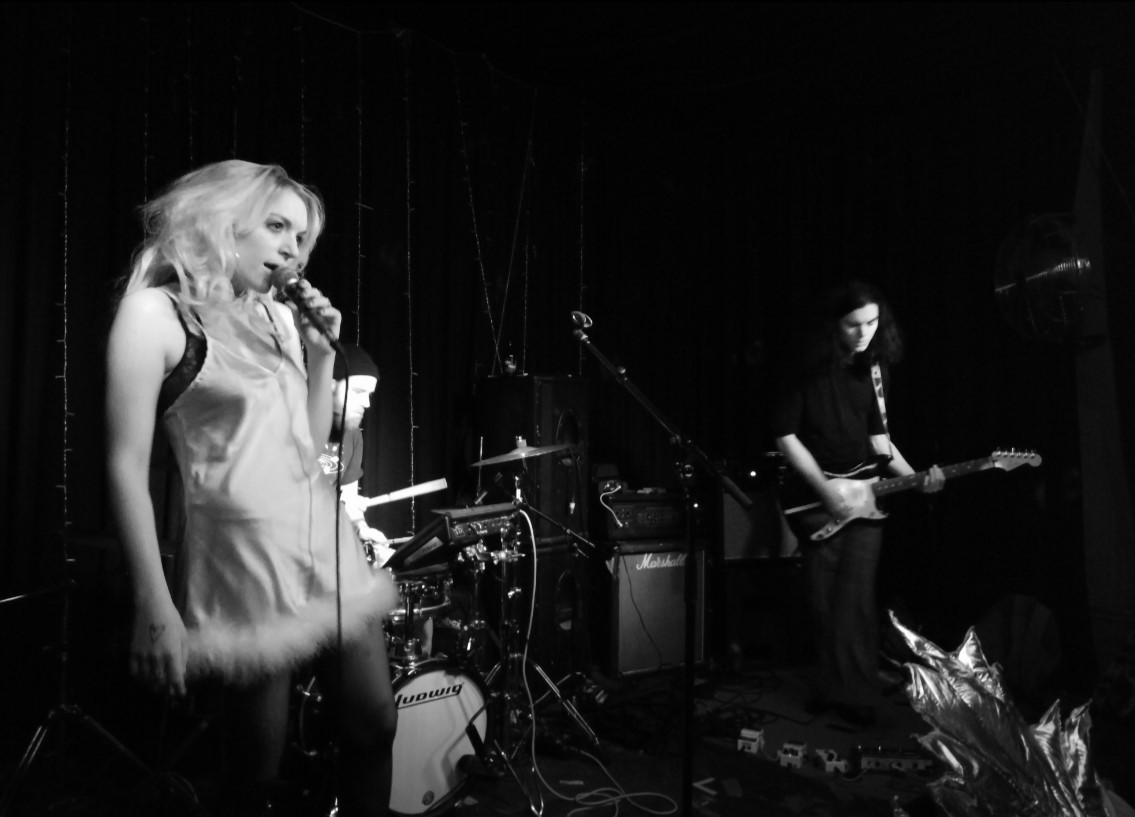 The Circe ‘Locals #5’ setlist was ‘Preaching’, ‘Under My Skin’, ‘I Don’t Wanna Die Here’, ‘Barely Breathing’ and ‘Blood And Wine’. 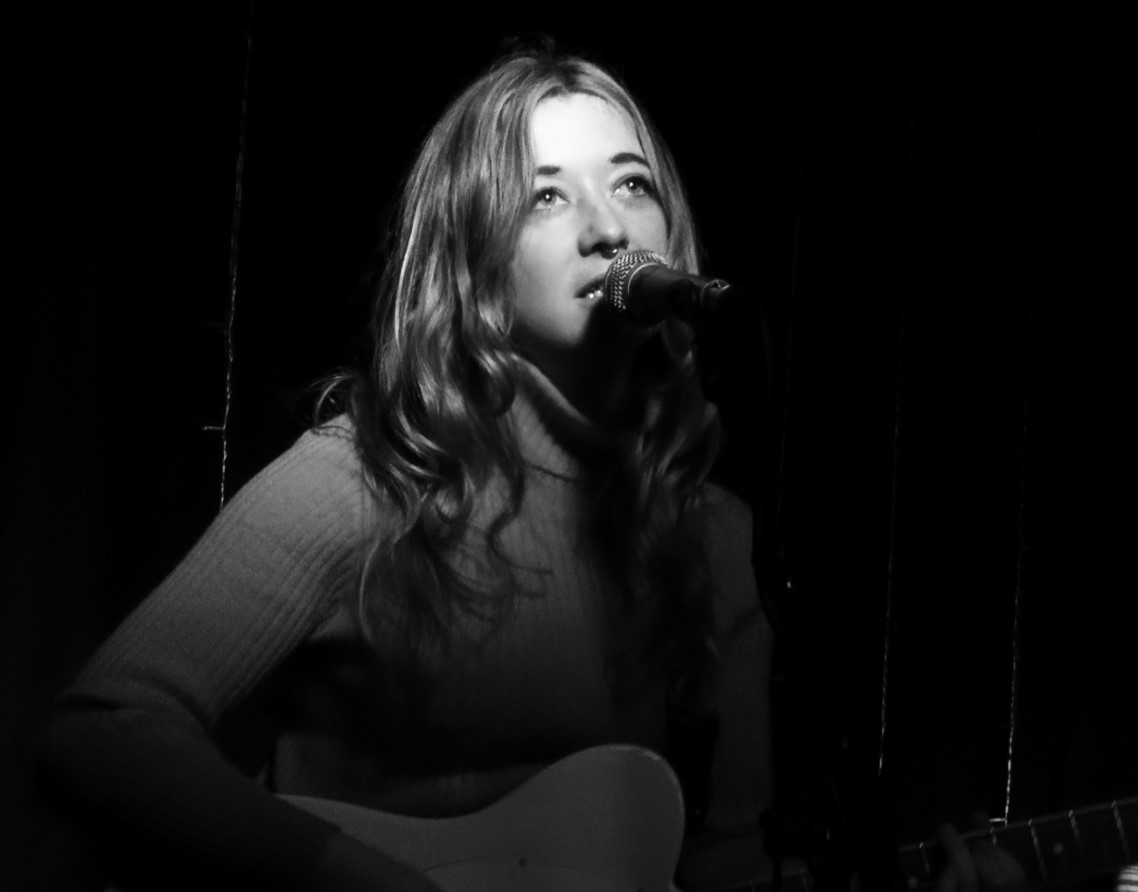 Last but no means least was Hanya who were conceived above LazerZone in Brighton and was the brainchild of guitar/vocalist Heather (Hev) and drummer Jack Watkins. These guys specialise in belting out vocals of late 60’s/early 70’s style garage rock meets shoegaze. Hev was rather striking in her bright orange eye make-up and matching jumper, whereas Jack was a poorly bunny, with an attack of man flu by the looks, but it didn’t diminish his performance. 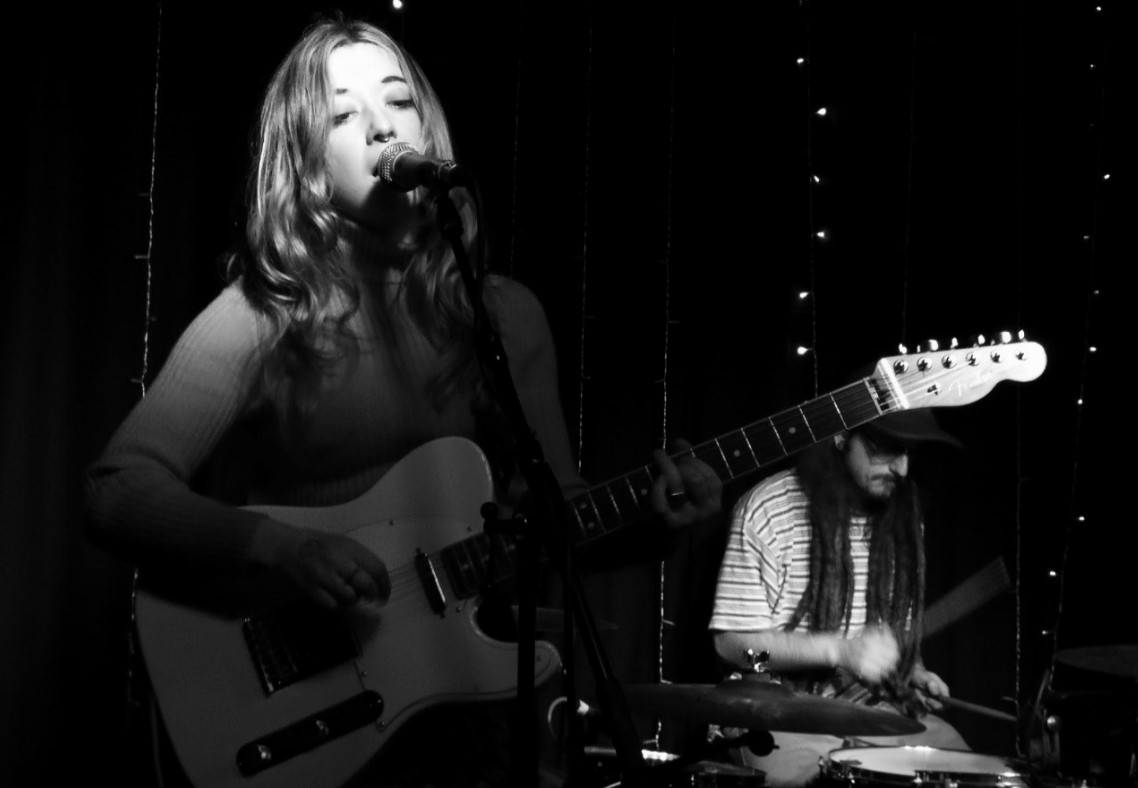 You can find more information about them here: https://www.facebook.com/hanyauk/ and listen to some of their music here: https://soundcloud.com/hanyaband

Report on The Go! Team’s hometown gig in Brighton