Brighton man reported missing after failing to turn up for work

UPDATE: Nigel Shaw has been found safe and well.

A Brighton man has been reported missing after failing to turn up for work in Worthing. 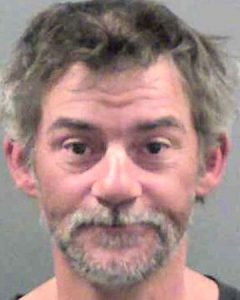 Sussex Police said: “Police are concerned for the welfare of Nigel Shaw, 47, who has not turned up for work in Worthing.

“Nigel is described as white, 5ft 6in, of slight build, and short white and greying hair. He has a well-groomed white beard and many missing teeth.

“He usually dresses smartly and when last seen was wearing blue jeans, a waterproof grey jacket and black polished boots. He wears glasses and usually carries a black rucksack.

“The photo issued by the police was taken four years ago.

“He rides a dark mountain cycle from Brighton to Worthing, where he works in a cafe, and was reported missing by his employers after failing to turn up at work, where he is usually very reliable, on Sunday (30 September).

“However, he is not known at the Brighton address he gave his employer and is believed to have been sleeping rough in the city or elsewhere.

“His employer says that he has family in Bournemouth and Southampton who he goes to visit on days off.

“Police are concerned about Nigel as he is usually very reliable for his employers and his disappearance is out of character.

“Anyone who sees him or has information on his whereabouts is asked to contact the police online or by calling 101, quoting serial 316 of 01/10.”