Louise Oliver, who owns the wine merchant and tap room in Dyke Road, Brighton, at the Seven Dials, has applied to open until 10pm rather than her current 8pm closing time.

And she wants the restriction on selling single cans of craft beer lifted.

In her application she said:  “I feel this is an unnecessary restriction because the majority of the beers for sale are craft beer with an average price per can or bottle of £3 to £4.

In her application she described her clientele as “affluent” customers who bought craft beers as a treat.

She said: “There is not a single can of Carling, Fosters, Stella and certainly nothing that can be described as ‘Scrumpy Jack-style canned super-strength cider’.

“We simply don’t sell it. We will never sell these ‘macro products’.”

But the Seven Dials district sits within Brighton and Hove City Council’s “special stress area”, where there are concerns about crime, disorder and public nuisance.

Council licensing policy is restrictive within the special stress area although exceptional circumstances are taken into account. 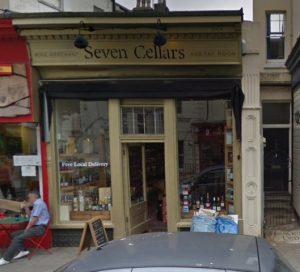 Sussex Police objected to the off-licence opening later but did not oppose plans to sell single cans.

Inspector Di Lewis said: “The locale of this premises has had a number of issues relating to anti-social behaviour.

“Sussex Police consider that due to the location of this premises, the extension of hours may increase negative impact on the local area and in turn affect the promotion of the licensing objectives.”

The council licensing team has recommended that the application should be refused.

A licensing panel will consider the application on Tuesday 30 October at Hove Town Hall.