Hove café owner claims he is victim of a ‘witch hunt’

A Hove café owner was the victim of a “witch hunt”, his solicitor told a council licensing panel today (Monday 8 April).

Emad Abdolkhani wants to open an Iranian-style deli called Persia, in Church Road, Hove, but faced objections from neighbours and a councillor.

Mr Abdolkhani was banned from the “management or operation” of Barcode, which is next door to Persia, in August 2016.

Despite this, Mr Abdolkhani faced no official objections from Brighton and Hove City Council’s licensing team or from Sussex Police.

His solicitor John Milton told the licensing panel, sitting at Hove Town Hall, that his client’s application should be considered independently.

Mr Milton said that Mr Abdolkhani was not the designated premises officer for Barcode but an employee in his family’s business.

He said that the case against him by neighbours and a councillor was a “witch hunt”. Neighbours told the panel – made up of three councillors – how they experienced noise from a flue, noise from windows left open when they should have been shut and cars parked in front of their garages.

Mr Abdolkhani told the panel that he wanted to create an Iranian-deli style café as there are “too many Italian” restaurants in the area. At least two of them are owned by his family.

He said that the menu would include food such as hummus, tabbouleh and falafel, while offering alcohol too.

There would be a half-hour drinking up time added on to these hours, with the café opening at 9am.

He reminded the panel how his fellow ward councillor Clare Moonan was sold an alcoholic beer when Barcode did not have a licence in 2016.

When Councillor Wealls spoke to the applicant about it, he said that it was a non-alcoholic beer which was later disproved by Councillor Moonan’s receipt.

He asked how it was possible that a person could be barred from operating one restaurant then granted a licence to run the restaurant next door. 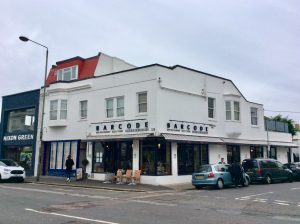 Councillor Wealls said: “I would not say this very often but I believe Emad Abdolkhani is absolutely and utterly an inappropriate person to hold a licence to sell alcohol in our city.

“And I strongly urge the panel if they do accept the licence to sell alcohol on those premises that Mr Abdolkhani has nothing to do with the management, running or working at those premises.”

Councillor Lizzie Deane, who sat on the panel which barred Mr Abdolkhani from running Barcode in August 2016, asked if a similar condition could be adopted this time.

A legal adviser told the council that it would be “unprecedented” but that options could involve not naming a designated premises supervisor (DPS). It may need to involve a request from Sussex Police or the panel refuse the application.

Mr Milton told the panel that his client was not the DPS for Barcode but an employee in his family’s business.

The panel was told that Mr Abdolkhani gained his personal licence in September 2016, after the sale of alcohol to Councillor Moonan.

Mr Milton said: “My client is attempting to run a new business. It is separate to the other business. What happened on that other premises licence cannot and should not be considered at this hearing.” 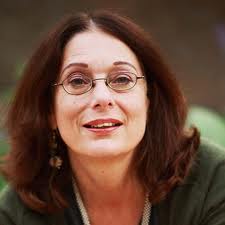 He said that he hoped that the licence would be granted in full.

Mr Milton said that there were no objections from the police or environmental health officers.

If any issues were to occur in the future, he said, the council could review the licence.

A planning application to convert the current shop – formerly Stanlee’s luggage shop – into a restaurant was refused by council planning officers and is the subject of an appeal.

Councillor Wealls also reminded the panel that work began on the conversion before a planning application went to the authority.

Should the licence be granted, it can remain dormant until a planning application is approved.

The planning application was refused on the ground that the conversion would result in a continuous series of restaurants and bars.

According to Companies House, Code Hove has not filed any accounts or confirmation statement since 2017, and in December 2018, Mr Abdolkhani filed to have it struck off the register.

He is now the sole director of a company called Persian Deli Food Ltd which was set up in January this year.

The licensing panel retired to make its decision which is due to be sent to Mr Abdolkhani within five working days.