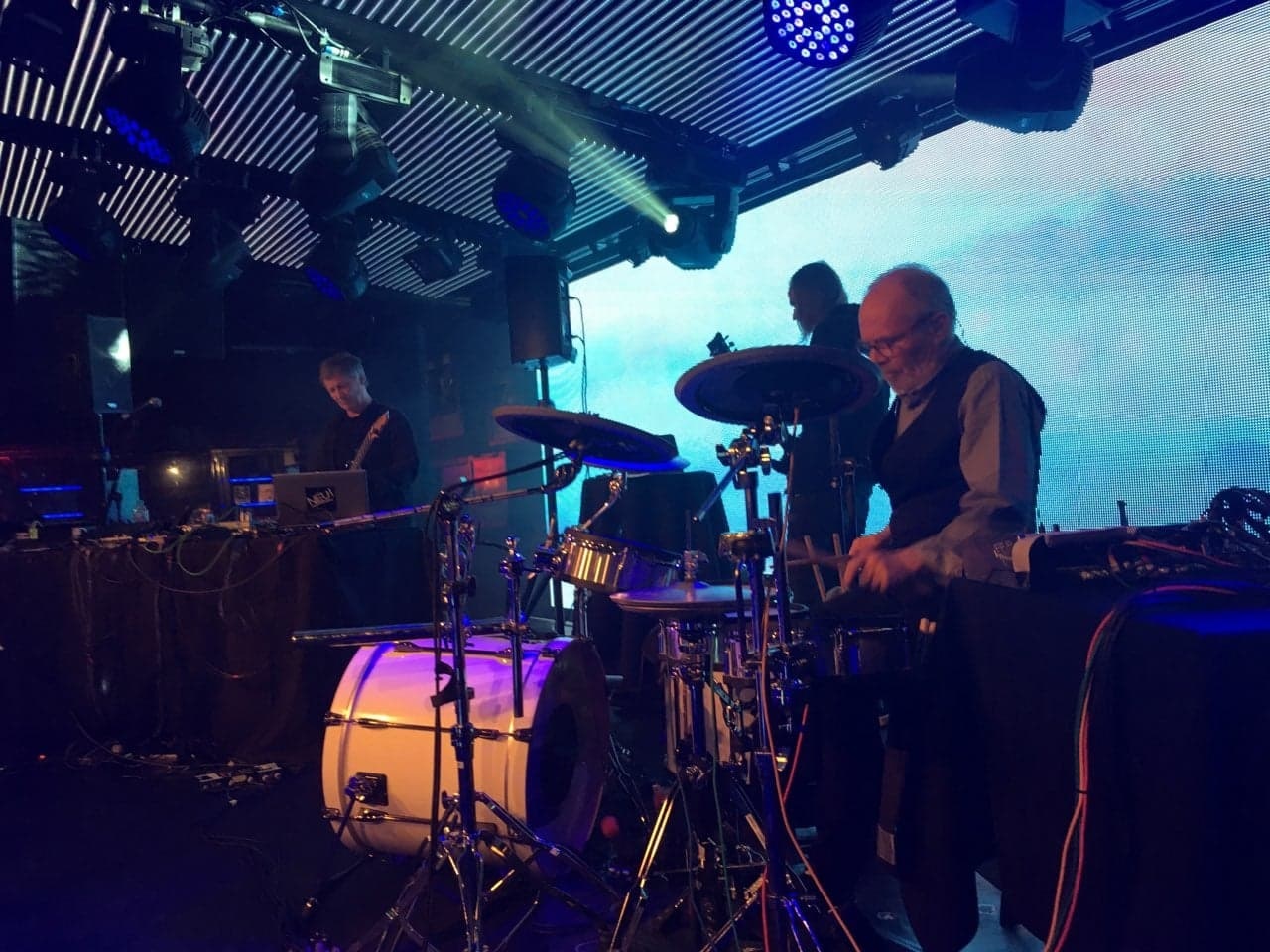 Kraftwerk and NEU! affiliate Michael Rother is a bit of a hero and he was back in London on Friday night to celebrate the 40th anniversary of his groove fest second solo record ‘Sterntaler’. 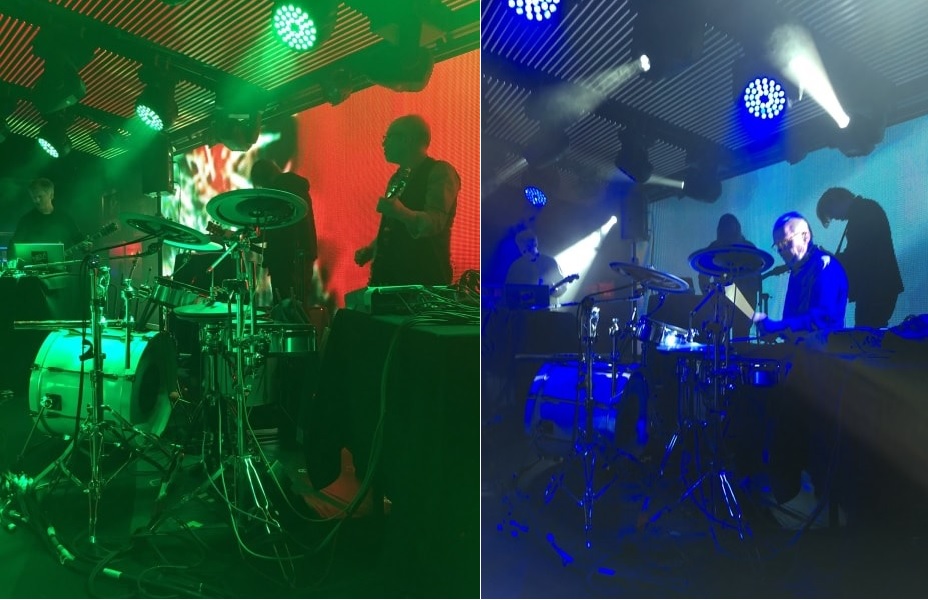 A member of Kraftwerk in 1971, Rother went on to form NEU! (with Klaus Dinger) and Harmonia (with Hans-Joachim Roedelius and Dieter Moebius of Cluster) before releasing nine solo albums. A key figure of the innovative krautrock music scene that originated from Germany in the early 1970’s, Rother’s music has been inspirational for generations of musicians including David Bowie, Brian Eno, Iggy Pop, DEVO, Sonic Youth, Stereolab, U2, Autechre, Radiohead, Primal Scream, John Frusciante and many more.

Mazz and I hot footed it down to Under The Bridge (literally under Stamford Bridge!) to take another look at the genius that is Michael Rother.

‘Sterntaler’ was the guitarist’s second and possibly best solo album. Joined on both of the records by Can drummer Jaki Liebezeit and co-produced by Rother and audio mister Conny Plank, it’s a purely instrumental album of songs, one of the most vibe filled electric records ever made, this album is timeless, groovy …

Tonight, Michael was aided and abetted by his usual side kicks Hans Lampe (drums) and Franz Bargmann (guitar). 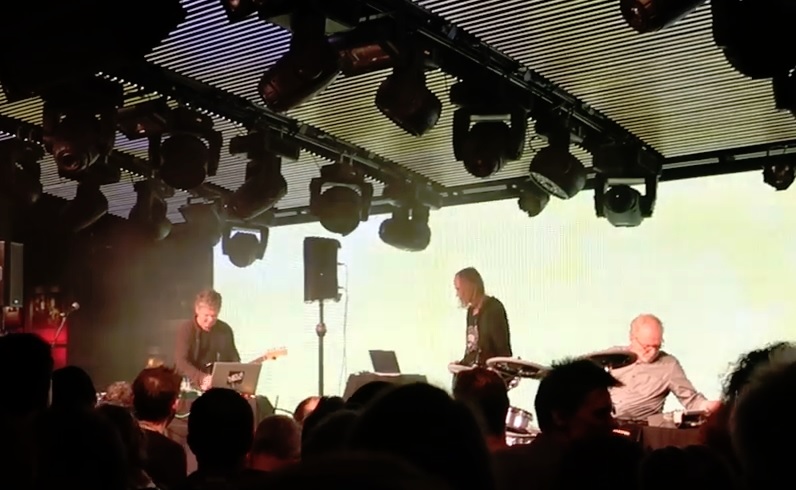 And what an evening it was…Mazz and I stealthily manoeuvred our way to the front ready for the show to start…as it does guitar melodies are introduced-some light as well as a recurring dense fuzz, all reigned in by the steady drumming of Lampe and supporting guitar of Bargmann.

…“Sonnenrad-fantastic!!!,’Blauer Regen’ ,’Stromlinien’, ‘Sterntaler’, ‘Fontana di Luna,’ all follow, with the very appreciative crowd all getting increasingly into the groove…how can you follow these songs…well, with a quick dose of NEU’s ‘Negativland’ (with Thurston) of course! 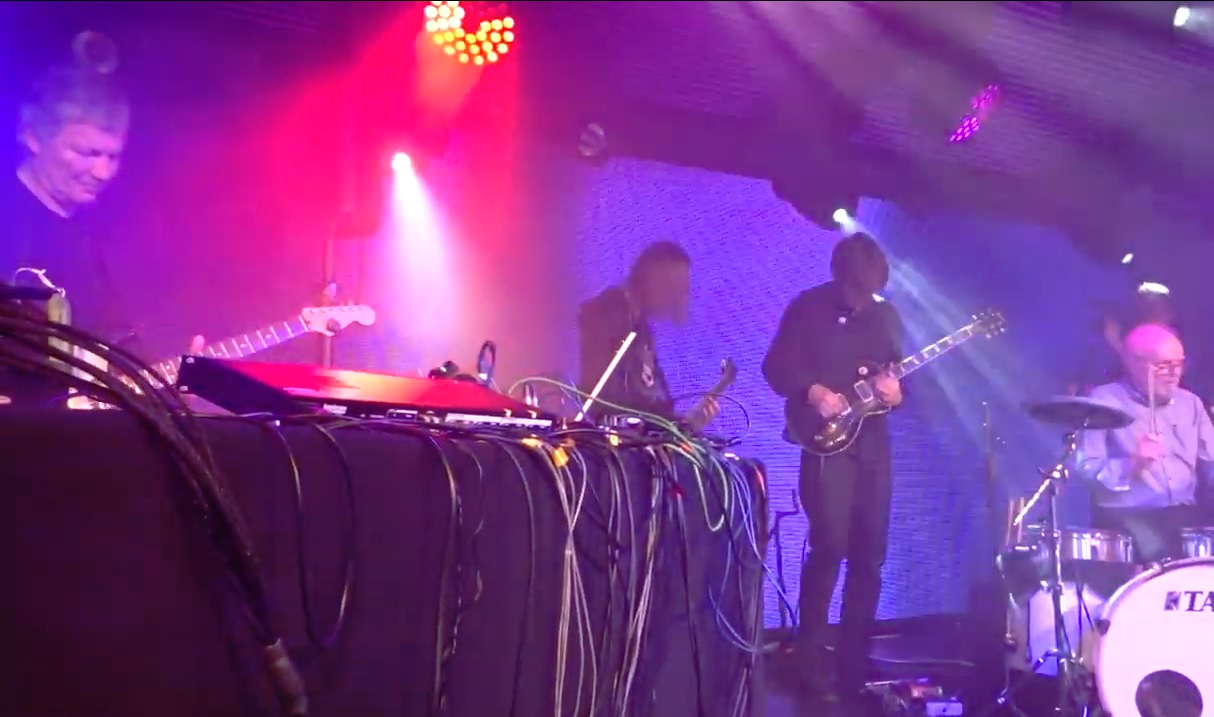 As we poured out into the night, I for one was thinking about popping up to Glasgow for the gig later in the year. 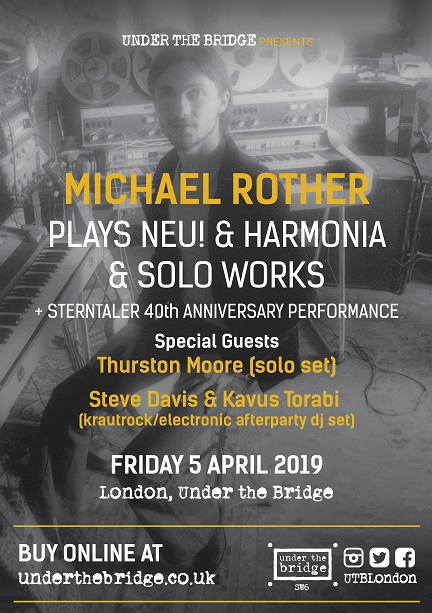