The Labour Party has suspended a local election candidate in Brighton and Hove while it investigates a number of offensive tweets. 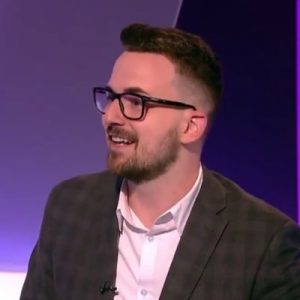 Daniel Gray, 34, of Cheltenham Place, Brighton, has apologised for the tweets but remains on the ballot paper in St Peter’s and North Laine ward because the deadline to withdraw nominations has passed.

If elected next month, Mr Gray, a school teacher in south London, is expected to sit as an independent.

He was reported by the Sun on Sunday newspaper to have posted messages on Twitter “glorifying gang rape”.

He also posted abusive messages about the pop stars Jessie J and Jess Glynne and the newspaper said: “He also called his dental hygienist a ‘patronising bitch’ and boasted of pushing ahead of a ‘cow’ with a pram on a train.”

The Labour Party said: “The Labour Party takes all complaints about inappropriate and misogynist language extremely seriously which are fully investigated in line with our rules and procedures and any appropriate disciplinary action is taken. We can’t comment on individual cases.

Mr Gray, a teacher at the Harris Academy secondary school in South Norwood, London, said: “I am deeply and sincerely sorry for these unacceptable and sexist tweets. These tweets absolutely do not reflect my views.

“This was a very dark (time) for me and these tweets were an outlet for my own sadness. I don’t remember posting all of these comments. I am mortified by them and ashamed of them and I wholeheartedly apologise.

“I care very much about educating myself, championing women and LGBT+ rights and helping to create a more equal society that is free of prejudice and bigotry.”

Former Labour councillor Jean Calder, of For Our Daughters, said: “These comments were grossly misogynistic. Gray insulted named women using the c-word, referred to his dental hygienist as a ‘patronising bitch’, joked ‘I love gang rape’ and boasted that, on a train, he had barged in front of a woman with a child, ‘a cow’ with a pram as he called her.

“This is not a troubled teenager but a teacher in his thirties, who has presented himself as a role model for his students, coming out as gay at a school assembly to huge media acclaim.

“We cannot know how much damage his misogynistic tweets may have done to students who saw them, especially female victims of sexist bullying.

“I am glad he has been suspended but the question the Labour Party needs to ask itself is how he was selected in the first place – ironically by a local Labour Party that says it wants to make misogyny a hate crime – and why it took a Sun on Sunday journalist to discover these relatively recent tweets from a couple of years ago.”

The Sun on Sunday quoted the Conservative MP for Lewes, Maria Caulfield, who previously sat as a councillor on Brighton and Hove City Council for Moulsecoomb and Bevendean, saying that the tweets were “utterly shocking”.

Mr Gray, who teaches media, came out as gay in front of his school’s 1,000 pupils during assembly two years ago.

His boss, executive principal Nick Soar, was quoted on the BBC as saying: “When Daniel asked me if we could foreground LGBT month, I knew it was a moment early in my tenure to highlight to the staff and pupil body, and all parents, that I wanted to eliminate homophobia and, more widely, all forms of prejudice and hate.

“The pastoral support for LGBT young people and staff has often been appalling in schools.

“I see it as my role as the leader of the ethos and values to be both the lightning rod of any complaints and the beacon of hope for all pupils.”