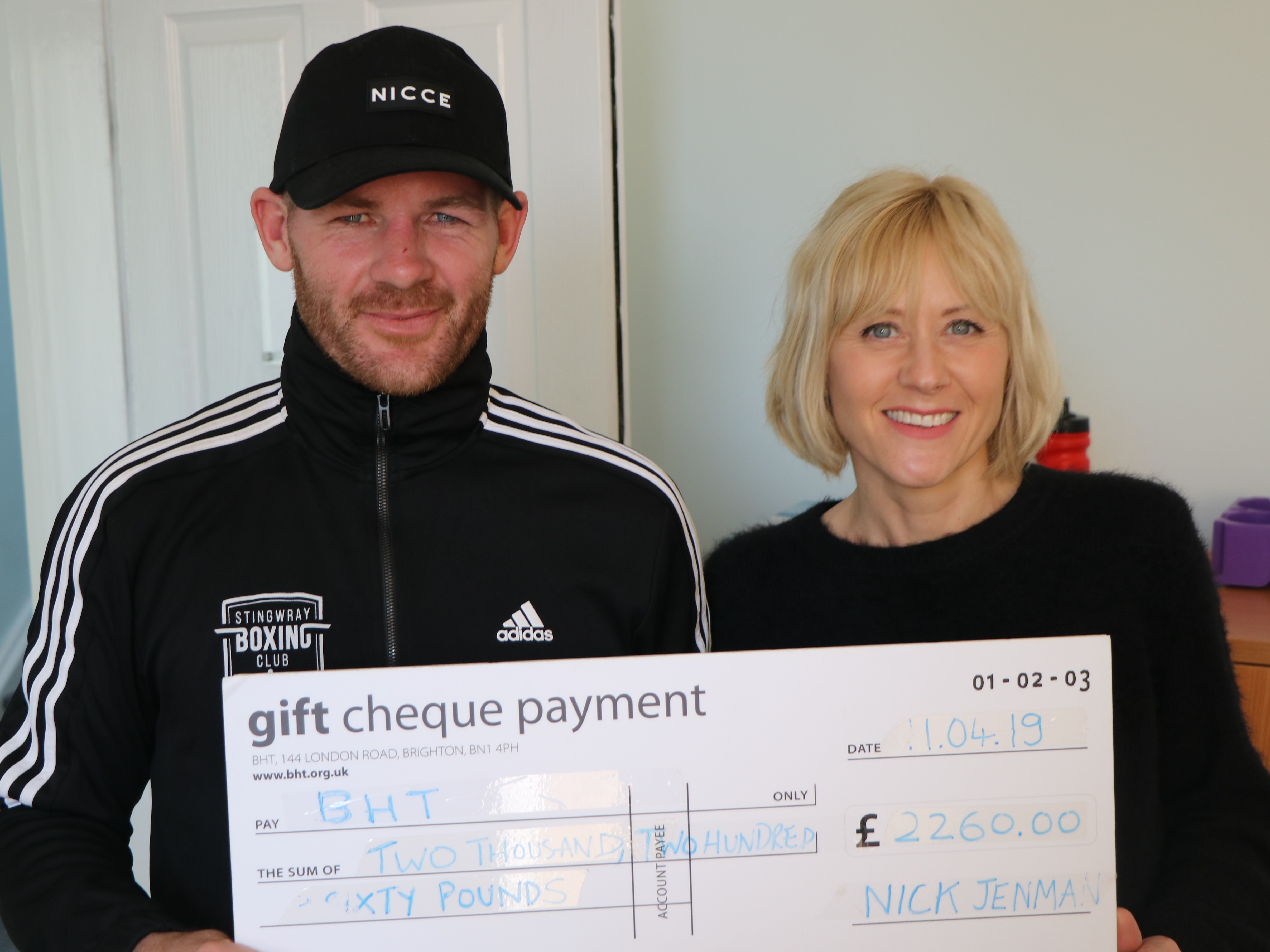 Local boxing champion Nick Jenman recently braved a new kind of challenge, when he took to Brighton’s streets for three days and nights to raise funds for Brighton Housing Trust (BHT). He has raised an impressive £2,260 in sponsorship.

Nick took no phone, money or sleeping bag with him and used only the services available to rough sleepers in the city. He was motivated by a desire to teach his six-year-old daughter about homelessness as well as raise funds to support BHT to tackle its causes and consequences.

While Nick was clear that he was not experiencing the difficulties of someone who is genuinely homeless, he was able to gain a small insight into some of the issues homeless people face and the dangers of life on the streets. He was shocked by the prevalence of addiction in those he met.

Nick said: “The nights were the hardest and I only managed a couple of hours sleep each night. The minutes felt like hours, the hours like days.”

Nick met people who had fallen into homelessness following a break up or the death of a partner, and was struck by how easily it could happen. This underlines the importance of preventative services, such as the advice centres run by BHT which last year prevented 817 households from becoming homeless.

One night Nick shared a bench on the seafront with a man who was sleeping rough at night but working as a chef during the day. BHT is increasingly working with people who are homeless despite being in work, and is one of the few organisations in the city offering crucial services to this group of people.

All the money Nick has raised is going towards BHT’s First Base Day Centre. First Base provides practical support such as meals, showers and clean clothes to people who are sleeping rough or insecurely housed in the city, as well as a range of services to help them get off the streets for good.

Andy Winter, Chief Executive of Brighton Housing Trust, said: “Nick has really gone the extra mile to raise much needed funds for First Base, our day centre for rough sleepers. We are amazed with his efforts and so grateful for his support.”