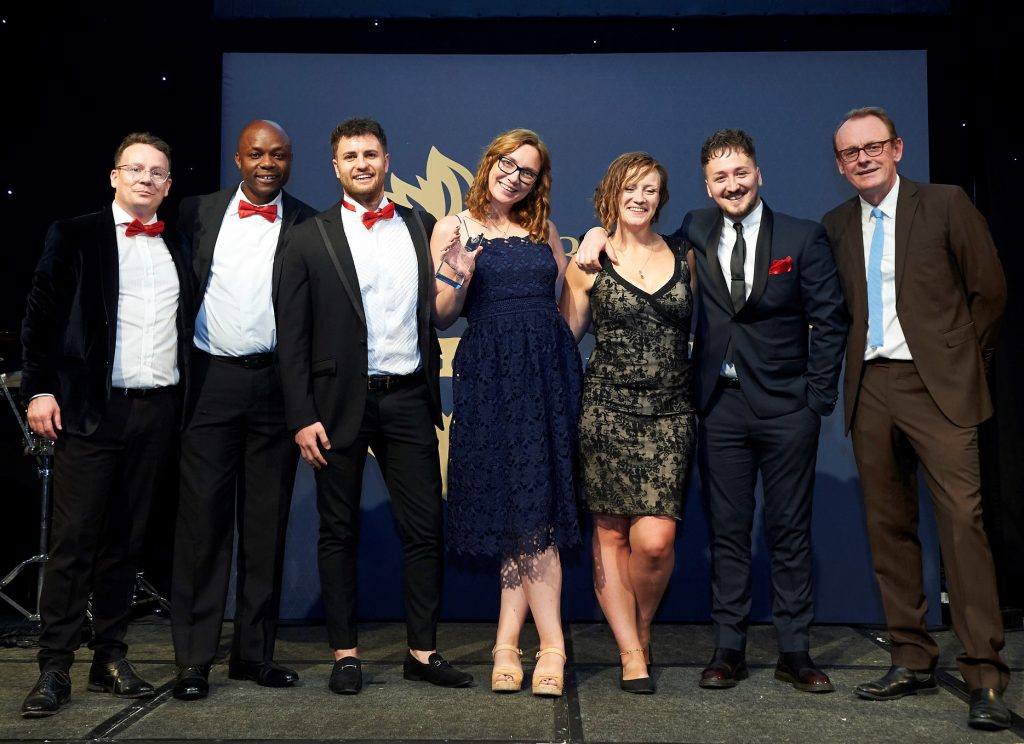 Brighton and Hove accountancy firm Crunch has won two national awards within days of each other.

Crunch, Britain’s first online accountancy, was named the Large Firm of the Year at the Accounting Excellence Awards.

Days later it won the prize for the Mid-Tier Firm of the Year – with a turnover of between £10 million and £25 million a year – at the British Accountancy Awards.

The firm said: “The Accounting Excellence and the British Accountancy award ceremonies, landmark events in the accounting calendar and now both in their ninth year, aim to celebrate the firms and individuals in the British accounting profession that are championing and pushing the industry to new heights.”

The accountancy firm was founded in Brighton by Darren Fell in 2009 and currently operates from premises across the road from Preston Park. It was previously based by Hove railway station.

Over the past ten years, Crunch has grown into a leading financial services company with over 200 staff and 11,000 national customers.

The company has also started a new operation, the Crunch Bookkeeper Network, to offer additional bookkeeping services to clients linking them with remote-working bookkeepers.

Mr Fell said: “In the past year we’ve been working incredibly hard on innovating Crunch and building the business beyond our four walls to deliver faster growth.

“We are now exceeding £10 million turnover and are on schedule to scale the business by 20 per cent year on year from 2020.

“It’s incredibly rewarding to have this hard work recognised by these two prestigious accounting awards and is testament that our unique software and services platform has been now fully embraced by the accountancy industry.”