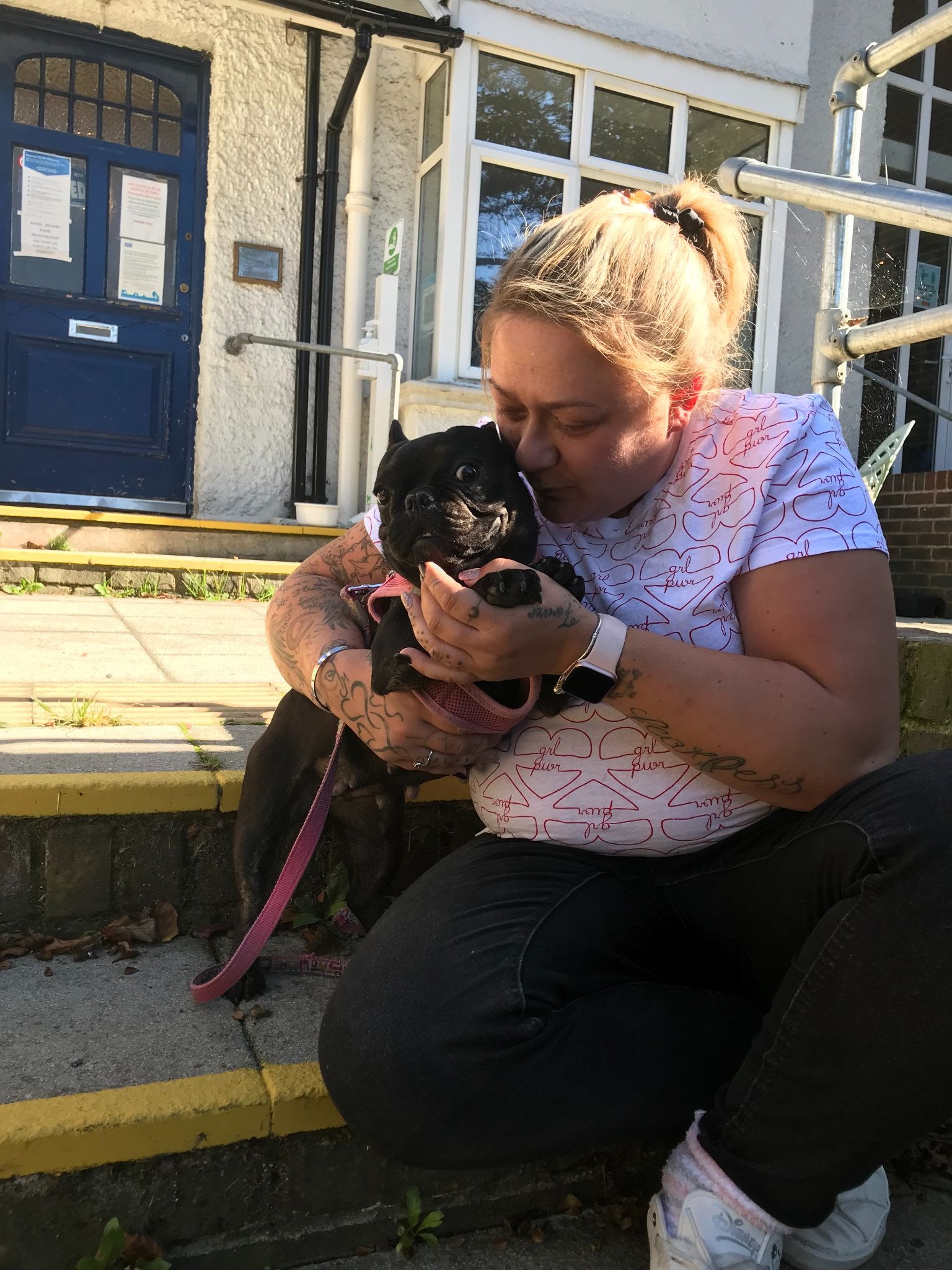 A French bulldog who was stolen in Cambridgeshire six months ago has been reunited with her family after she was handed into RSPCA Brighton.

The two-year-old dog – named Cherry – had been sold for £250, far below the usual sale price for the breed to a man in Brighton, who did not know the dog’s history.

Cherry didn’t get on with the existing dogs in that household so the man sought help from the RSPCA Brighton, who could sense something was not right.

A check of the microchip revealed Cherry’s real address and staff were able to get in touch with her rightful owner.

Cherry had gone missing six months ago from owner Viv Joyce’s home in Northampton, and she had since moved to Wisbech, her worried owners had called the police but they were not sure they would ever see her again.

Mum-of-two Viv said: “Cherry was stolen in April, I went to the police but I had almost given up hope of ever seeing her again.

“My younger son used to ask every day when we were going to see her. I had her as a puppy and she is so loved.

“When RSPCA Brighton rang to say they had traced the microchip and they had her I just cried. I’m so grateful to get her back.”

RSPCA Brighton branch manager Jenny Eden said: “We are so happy to have been able to reunite Cherry with Viv.

“It was really touching to see how excited Cherry was when her owner turned up, she hadn’t forgotten her at all.

“This just goes to show how important those microchips are, as well as keeping them up to date so if anything does happen to your pet we can get them back to you as quickly as possible.”