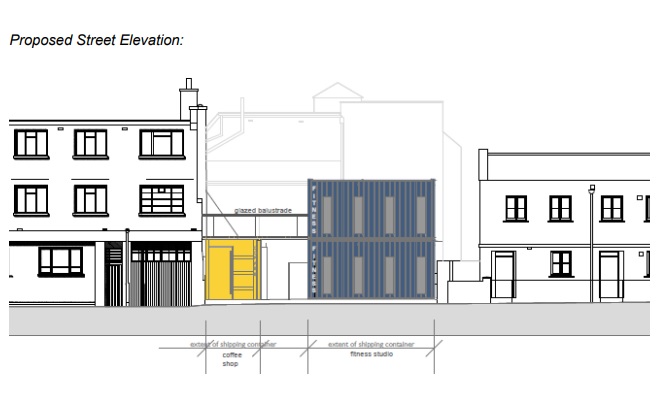 A yoga studio and cafe in shipping containers could be coming to a scruffy corner of Brighton.

Permission for the two-storey stack of shipping containers, with a first floor decking area, is being sought for the plot on St Peter’s Street, off Providence Place Gardens.

It forms part of a site on the corner of Belmont Street and Cheapside was bought by Westfield Investments from Brighton and Hove City Council in 2020. 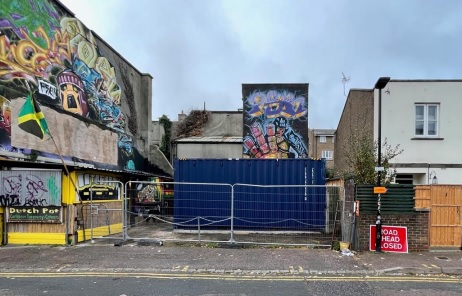 Most of the site is taken up by offices, which will remain for the time being. Tenants include Same Sky, which organises the annual Children’s Parade and Burning the Clocks events.

The shipping containers will be placed on the existing car park.

Westfield, which also owns the neighbouring plot, has other, longer-term plans for housing on the site – but in the meantime, is asking for a temporary five-year permission for the shipping containers.

Some containers are already on the site, after a smaller scheme was given the green light by the city council in 2020.

But after talks with the Providence Place Steering Group – set up to improve connections between London Road and the North Laine – a larger scheme is now being put forward.

The application, written by Lewis & Co Planning, says: “The existing site suffers from a lack of natural surveillance, which has led to graffiti and
other issues arising.

“The introduction of additional formal activity onto the site will help alleviate such nuisance. Consequently it can be seen that the containers will have an acceptable visual impact.

“The tables proposed along the site’s frontage … will add to the vitality of the area.

“The uses (café, coffee shop and fitness studio) are uses that would typically be found in such city centre locations and so will have an acceptable impact on local residents.

“The proposed siting of containers on the site will improve the appearance of an underused part of the site.”

The sale of the offices was opposed by Same Sky and the other tenants, who say they will not be able to find anywhere else in the city centre for a similar rent to what they were paying in 2019.

One of the tenants, designer David O’Connor, put in a rival bid in an attempt to secure the building’s future as artist studios.

But even after the city council delayed its decision so it could take into account the “social value” of both bids, councillors voted to sell it to Westfield.

The developers told a meeting of the policy and resources committee it planned to build more than 30 homes on the site.

However, it also said it would subsidise future rent and allow the tenants to stay for the next five years.