Curtis Tappenden didn’t run away with the circus. He saw one setting up close to where he was working and just strolled over. 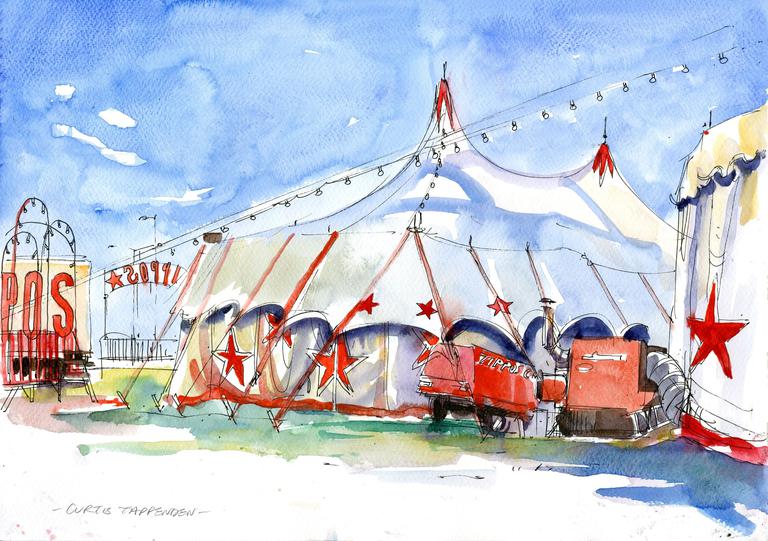 He was teaching at the time and wanted to ask whether he and his students could come and sketch.

And he’s been drawn to drawing scenes and characters in circuses ever since.

In the past few days, thousands of people have seen his sketches of clowns when they have been to Zippos Circus on Hove Lawns where every year it sets up its ring.

And on opening night, last Thursday, Mr Tappenden was there with his sketch pad in hand, watching and working.

He said: “I’m always sketching. It’s like a compulsion. I do it on trains, in queues. The more difficult the situation you find yourself in, the more the buzz there is to draw it.

“There’s something about the smell of the generators. And the illusions. It’s always appealed to something in my character.

“About eight years ago when I was teaching in Rochester, I saw a circus setting up in the field next door. I think it was Cottle’s Electric Circus.

“Naturally I wanted to share this with my students so I took a recce.”

He fell in with Jan Erik Brenner, among other clowns and circus folk. Mr Brenner – a third generation clown – even laid on a personal show for Mr Tappenden and his students. 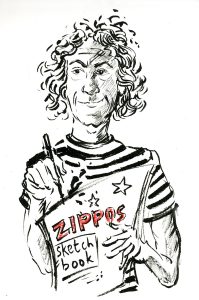 Mr Tappenden said: “In the ring he put on his slap – his make up – and then did his complete routine for us.

“There’s something about capturing the life and the live movement of the circus.

“I love trying to capture the essence of a three-minute act with a really basic amount of material.

“I’ve just got a sketchpad and a handful of pens.”

He is not the first artist to be captivated by the circus but follows in a tradition that includes Henri de Toulouse-Lautrec, Pablo Picasso, Jean Dubuffet and Edward Seago. 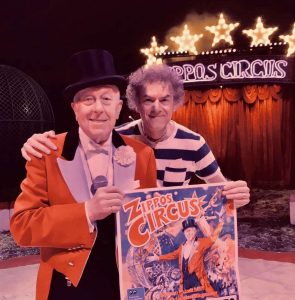 “All his drawings of Zippos Circus were done with great speed but with a depth of feeling and subject understanding that I never see from even the best photographers.

“My circus is delighted to feature Curtis’s sketches, which work at their very best when taken with a splash of colour.”

Mr Tappenden, 45, was born in Whitstable. He came to Brighton from Kent 25 years ago to study for a degree in graphic design and illustration at the polytechnic.

It became Brighton University and he stayed there for his masters and returned later for a teaching qualification.

The father of two is now completing a PhD at the university while also teaching at the University for the Creative Arts which has campuses in Surrey and Kent. 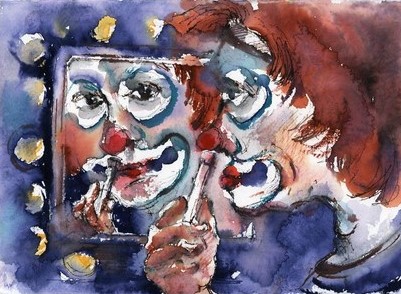 He began teaching as part of a scheme for “peer group teachers”. He said: “I started at Rochester, and I was 23 when I went back to teach there. It was a bit weird because I was teaching students between 16 and 19 years old.

Mr Tappenden has written 21 books on art and design practice and illustrated many others including An Eccentric Tour Of Sussex and Salacious Sussex for the Lewes publisher Snake River Press.

He has also welcomed thousands of visitors into his home for the Artists Open Houses festival every May for 20 years. 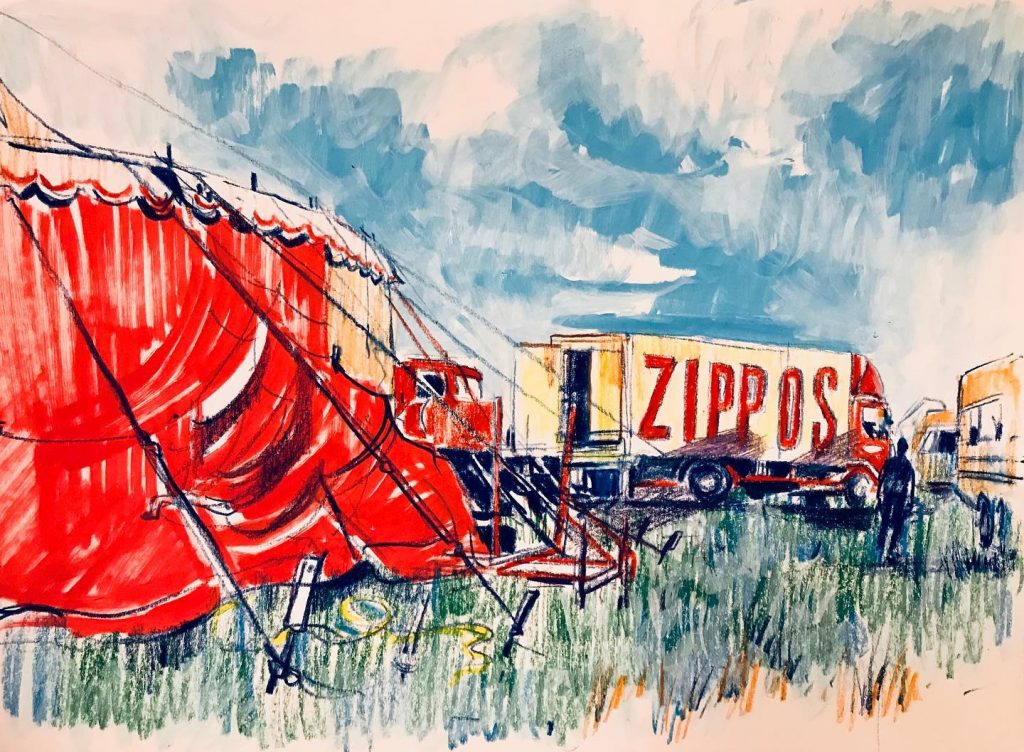 Given the many visual arts students who study in Brighton and how hard it can be for them to make a living from their passion, Mr Tappenden appreciates his good fortune.

It comes in part from combining his love of the visual arts with a fascination for one of the oldest of the performing arts.

It may involve clowning around, but he’s been serious enough to succeed.