Mr Winter is to talk about BHT’s idea at a meeting of the London Road Area Local Action Team tomorrow evening (Tuesday 4 December).

The meeting starts at 6.15pm at the Calvary Church in Viaduct Road, Brighton.

The aim is to put up two blocks of shipping containers up to four storeys high in a car park next to the Cobbler’s Thumb in New England Road, Brighton.

Mr Winter said on his blog: “One concern has arisen because of media coverage making consistent reference to homeless people being housed here, something I admit having said myself.

“We intend the accommodation to be used as ‘move on’ accommodation for people who have been through our Programme for Change that we operate in some of our hostels.

“The people who complete that programme will have spent a year addressing those issues that might have led them to becoming homeless.

“By the time they complete the programme they will be regarded as ‘tenancy ready’.

“BHT (Brighton Housing Trust) cannot afford the financial or reputational risk of housing people in this temporary housing scheme if they are not going to be good tenants.”

The scheme is expected to house 36 men and women from next May in a partnership with the developer QED.

The way that the shipping containers are used comes from a Dutch design.

The containers were built in Holland in 2010 by TempoHousing specifically for a social housing project in Amsterdam that failed to happen because of funding difficulties.

As a result, the containers are available at a discounted rate which adds to the financial viability of this proposal.

Chris Gilbert, of QED, said: “If successful, this formula could be a very effective way of helping to alleviate the housing crisis in Brighton, by providing ‘transition housing’ on a site that would otherwise be underutilised until a major development came forward which is not likely to happen for a number of years, given the current economic climate.” 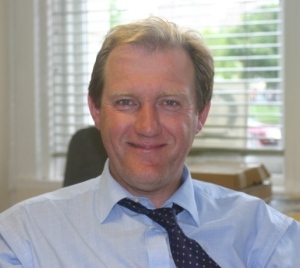 Mr Winter said: “Given the desperate situation regarding housing in Brighton and Hove, imaginative solutions are required.

“Subject to planners not holding us up on a temporary consent, we hope the accommodation will be available by the late spring of 2013.

“Shipping containers have rarely been used as temporary living accommodation in the United Kingdom but there are a number of examples in continental Europe.

“The most notable project is in Keetwonen, Amsterdam, a development by TempoHousing of 1,000 containers using exactly the same internal design layout as the ones we are proposing to use. It was completed in 2006 and is still in use today.

“I have to admit that when it was first suggested to me that shipping containers be used for housing I was a bit sceptical. However, having seen what can be achieved, I was quickly won over.

“The WC and shower unit is exactly the same as my daughter had in her student accommodation and she much preferred it to having to share bathrooms and toilets with other students. Who wouldn’t?

“What really excites me about this opportunity is that land that might otherwise lie idle for five years will be brought back into life and used to provide much-needed temporary accommodation for 36 men and women in Brighton and Hove.

“At the point when the site is to be redeveloped, the accommodation units can be transferred to other locations, be they in the city or elsewhere. This appears to me to be very attractive from a sustainability perspective.

“What could be more sustainable than reusing an existing shipping container, converted in a bespoke factory in Europe into a modular transportable and reusable temporary housing unit?

“Some people might not like the idea, but I bet you that the 36 men and women who will live in this accommodation will not be among them.”