A 43-year-old Brighton man has been jailed for burglary after stealing a diamond ring worth £1,550 from a jewellers.

Scenes of crime officers were able to prove a fingerprint left at the scene belonged to Moses.

He pleaded guilty to burglary and was jailed for 20 weeks when he appeared at Brighton Magistrates’ Court yesterday (Monday 29 September). 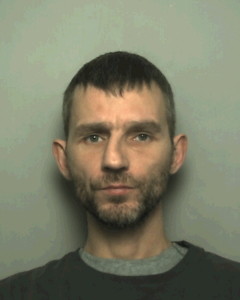 Sussex Police have charged four other suspects with burglaries in Brighton and Hove as part of Operation Magpie.

They include a 17-year-old boy who is accused of carrying out nine burglaries in Brighton, Hove, Worthing and Crawley this month.

He is accused of breaking into properties in Belvedere Terrace and Ditchling Road, Brighton, and Brunswick Road and Brunswick Square, Hove.

The boy was remanded in custody to appear in court in Brighton today (Tuesday 30 September).

Onslow was released on bail to appear at Brighton Magistrates’ Court on Wednesday 26 November.

Ernie Taylor, 24, of Hereson Road, Ramsgate, has been with a burglary in Whitehawk Way, Brighton, on Saturday 15 February.

Taylor, is due to appear at Brighton Magistrates’ Court on a date to be set.

Paul Eaton, 54, of North Road, Brighton, has been charged with a burglary in Denmark Terrace, Brighton, on Tuesday 5 August.

Eaton was released on bail to appear at Brighton Magistrates’ Court on a date to be set.