A bid by the Co-Op to sell alcohol at the former Atlas pub site on the Old Shoreham Road has succeeded despite hundreds of complaints. 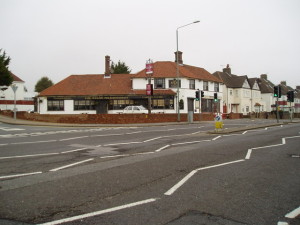 The supermarket was granted the licence yesterday by Brighton and Hove City Council’s licensing committee in the face of 194 objections, including two petitions.

But crucially, Sussex police made no objection to the licence, and alcohol may now be sold there from 8am until 11pm. The store itself will be open from 6am.

Of the 326-page report to the committee, 291 reproduced complaints, many the result of a campaign by Hove Park councillors Jayne Bennett and Vanessa Brown.

Most objected on these grounds it would cause extra traffic and therefore more accidents, it would encourage antisocial behaviour and threaten the livelihood of the convenience store and post office opposite.

Police said they had no objection to the licence, as long as digital CCTV is installed, an incident log, no beers or ciders over 6% strength are sold and the store operates a Challenge 25 policy.

Officers wrote back to many objectors telling them the committee couldn’t consider extra traffic or business need as these are not relevant to licensing applications, but antisocial behaviour would be taken into account.

The Atlas pub closed down last year, and has since lain empty attracting fly-tipping and other antisocial behaviour.