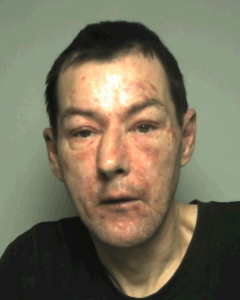 A Brighton man has been jailed for killing a homeless woman after he injected her with heroin, took her purse and left her for dead.

Judge Anthony Scott-Gall sentenced him to 12 years in prison for the death of 39-year-old Faye Isaac.

Smythe was also jailed for two years for theft, to be served concurrently with – or at the same time as – the 12-year sentence.

Faye Isaac’s body was found by a cleaner in the Colonnade toilets, in Maderia Drive, Brighton, on Friday 22 November last year.

The court was told that Smythe had injected her with heroin and then took her purse and left her in the toilets.

After the case Detective Superintendent Ian Pollard said: “Smythe is a callous individual who injected Faye with drugs and then took her money and left her for dead.

“The loss of a family member is always tragic, especially in these circumstances, so we are satisfied with the sentence.”