They were being treated at the Royal Sussex County Hospital in Brighton.

The crash happened at about 11am when their car left the road and hit a tree. 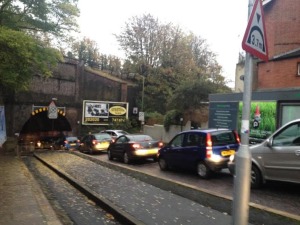 Sussex Police said: “Two people in the car were reported to be trapped and unconscious.”

Officers closed the road at its junction with Coldean Lane and the A27 Brighton bypass and at Nye Lane in Ditchling.

The Kent, Surrey and Sussex Air Ambulance landed close to the scene shortly before 11.30am.

Air ambulance medics treated the patients at the scene then accompanies them to hospital by road.

Anyone who saw what happened or who has other information is asked to phone Sussex Police on 101 or email collision.appeal@sussex.pnn.police.uk.

In the evening rush-hour there was a crash on the A23 London Road by the corner of Tongdean Road, leading to the Withdean Stadium.

And tailbacks were reported after a 4×4 broke down under the Miller’s Road bridge just off London Road.