By Tim Hodges from The Amex.

The Albion drew again at the Amex after leading Rotherham at half time, with a goal from defender Joe Bennett who scored after his initial effort had been blocked by a Rotherham defender.

But it was the Millers who had the more of the play and the better chances prior to this . Jordan Bowry and Ben Pringle both had good efforts well saved by enigmatic Albion keeper David Stockdale.

The Seagulls with , Adrian Colunga,Chris O’Grady and Sam Baldock forming a front three had a good chance through Colunga who shot from the edge of the area,but Collin got down to push his effort away .

The three front men failed to connect with each other effectively. O’Grady appears unable to get in front of his marker and Baldock drifts too wide and is seldom in the thick of the action .

Colunga plays just behind the front two and does manage to whip balls into the penalty but almost always these are too near the opposition keeper.

Again a defender scored Albion’s goal as aside from Colunga’s effort no other forward had a sniff of a chance .

Rohan Ince was sitting at the base of Albion’s midfield and he made a few timley interventions as the second half began .

But just on the hour Revell latched on to a Pringle cross and fired past Stockdale . In recent season many players have preferred not to celebrate goals against former clubs, but this wasn’t the case with Revell,as he wheeled away towards the Rotherham fans, seemingly ecstatic with his effort .

The introduction of Paddy McCourt should have changed the game for the Albion , but although he made some great passes and a slide- rule cross, right across the six yard box,to which the forwards failed to react .

Both Greer and again Dunk had efforts , Collin smothering Greer’s effort almost on the line.

Pringle tested Stockdale again after Greer gave the ball away on the edge the box . Then near the end Greer’s attempted clearance had to be clawed away from under the bar by Stockdale.

A much improved performance by Stockdale . Not only saves made, but distribution which was quick and effective

The complete lack of efforts on goal by Albion’s two recognised strikers O’Grady and Baldock who between them cost in excess of £2m.

And on today’s showing both looked out of their depth.

Albion go to White Hart Lane to take on Spurs in the League Cup on Wednesday (29th October) I wonder how many Seagulls fans remember Micky Adams tenure being kept alive by a cup run second time around?. 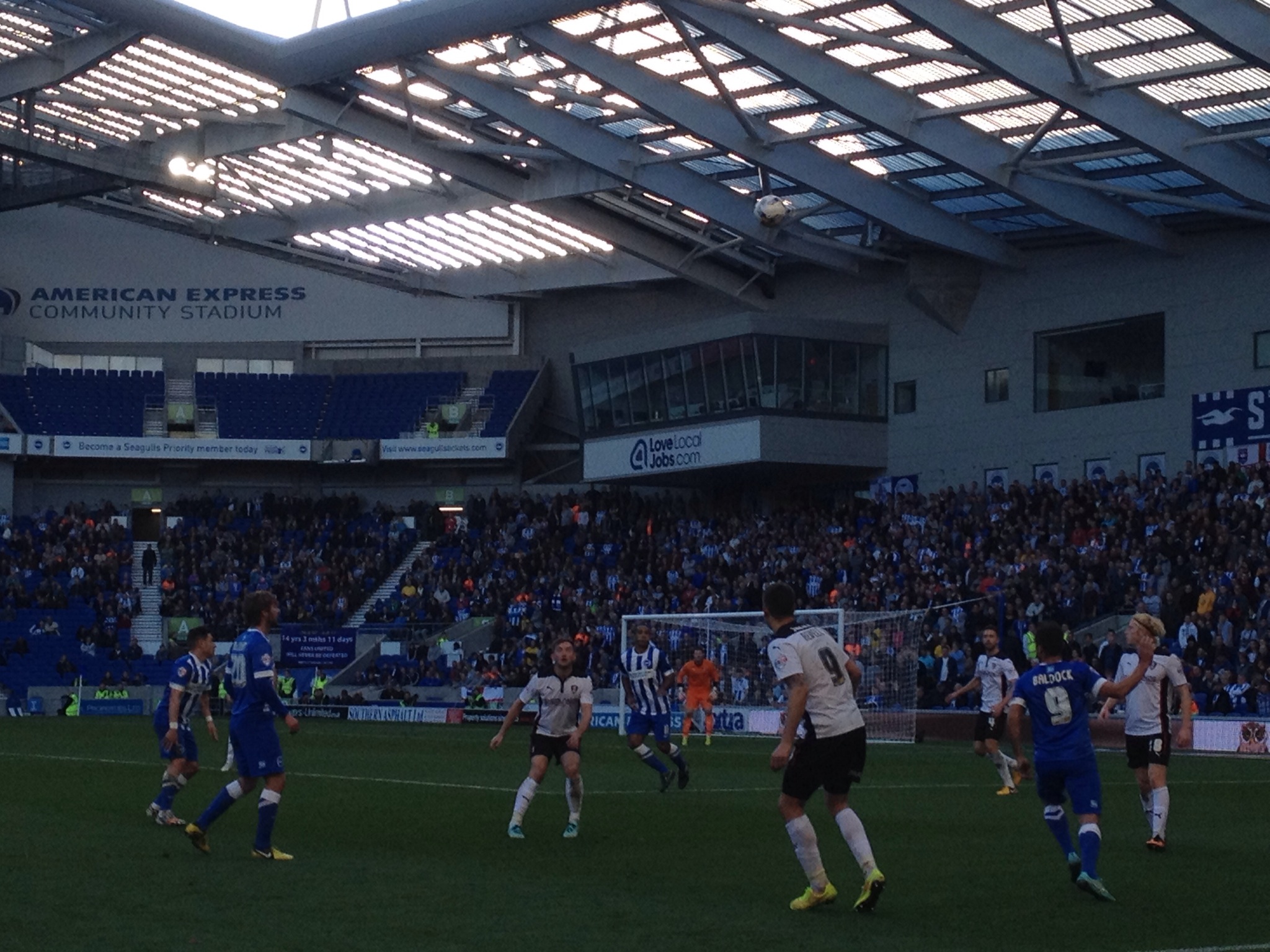