A teenage Brighton bail hostel resident is being hunted by police who want to return him to prison.

Thomas Fear, 19, who comes from Eastbourne, broke the conditions of his release from prison, according to Sussex Police.

Fear was jailed for a robbery in Newcastle upon Tyne. He was described by police as being of medium build, 5ft 11in tall, with short blond hair and a spotty complexion.

PC Dan Cloake said: “Fear was convicted of committing a street robbery in Newcastle with another man and was sentenced to prison. 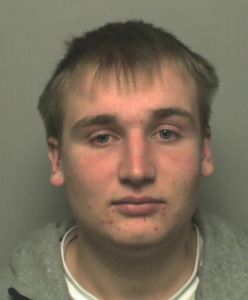 “He has recently been released from prison on licence and has failed to adhere to the strict conditions imposed on him.

“We wish to locate him at the request of the probation service in order to send him back to prison.

“He is local to Eastbourne but may be in the Brighton area.

“Fear does not pose a specific threat to the general public but, if seen, I ask that the police are called and that he is not approached.

“I am confident that with the help of local people in Sussex, Fear will be found soon and returned to prison.”

Anyone who knows his whereabouts is asked to phone Sussex Police on 101, email 101@sussex.pnn.police.uk or call the independent charity Crimestoppers anonymously on 0800 500111.