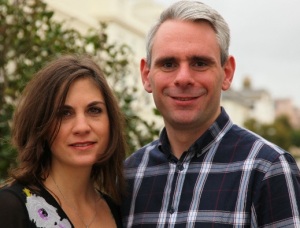 The Liberal Democrats have chosen professional musician Beatrice Bass to stand for election to Brighton and Hove City Council in Central Hove next May.

Brighton and Hove Liberal Democrats said that Ms Bass was the only declared female candidate contesting the election in Central Hove.

She said: “It’s a privilege to have been selected to stand for election in Central Hove.

“I’m passionate about improving our city that has been so badly managed by this current administration.

“I’m looking forward to continuing our fight to scrap Sunday parking charges, reduce pollution and congestion by making bus lanes multi-use after 6pm and all day on Sunday and to dramatically improve the recycling rate that has plummeted under the Greens.”

She will stand in the ward in the local elections next May alongside fellow candidate Jeremy Gale.

He said: “Beatrice is an outstanding candidate and has already been working hard for our ward. She’ll make a fantastic councillor.”

The two Central Hove seats are currently held by the Green councillor Christopher Hawtree, who has been selected as the party’s candidate for Hove at the next general election, and the Conservative Andrew Wealls. The Conservatives have chosen wealth management adviser Lloyd Magee to stand alongside Councillor Wealls next May.