Police are searching for a group of youths who robbed a man of his wallet and phone in a Hove street. 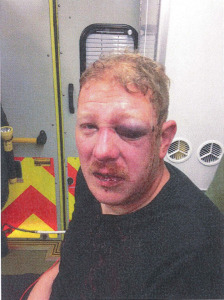 Just before 4am on Saturday 22 November the 42-year old local man who was walking home was attacked and robbed by up to ten youths who kicked and punched him to the ground outside ‘Uncle Sam’s’ in Queens Parade, Hangleton Road.

The victim was left with nasty facial injuries and bruising to his upper body.

All the suspects are described as white and in their late teens.

Detective Sergeant Simon Dunn said; “This was a nasty and cowardly attack and the victim is badly shaken by his ordeal.

“We would like to speak to anyone who was in the area and who may have witnessed the attack. Anyone with information is asked to contact Brighton CID via 101@sussex.pnn.police.uk or call 101, quoting serial 233 of 22 November. Alternatively, you can contact the independent charity Crimestoppers anonymously on 0800 555 111.”