JD Wetherspoons is still looking at opening a branch at the former Co-Op in Brighton’s London Road. 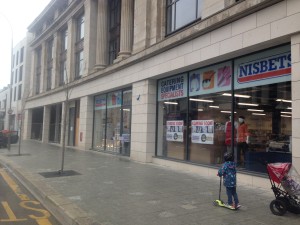 The Brighton and Hove News understands the pub chain is still exploring the possibility of taking the remaining unit on the ground floor of the former department store, on the corner of Baker Street.

And it has been invited to send representatives to speak to residents about any plans via the London Road Local Action Team (LAT).

To date, no licensing application has been received by Brighton and Hove City Council for the site.

Since news of Wetherspoons’ interest broke last year, the other two units have been let to The Gym Group and kitchen equipment store Nisbets.