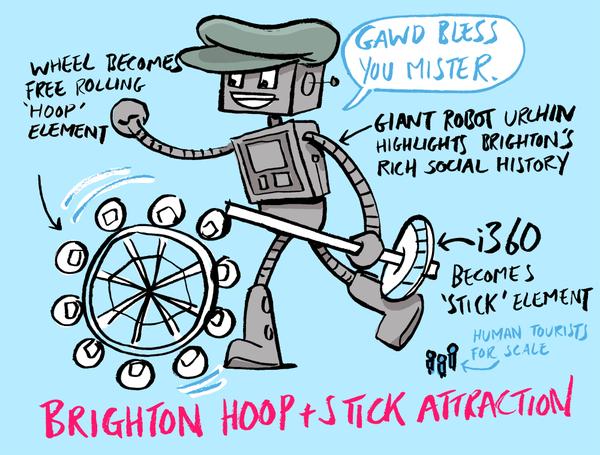 A Brighton illustrator has come up with a novel way of resolving the dispute between the i360 and Brighton Wheel.

Phil Corbett, who also draws the Dandy’s Korky the Cat, tweeted the picture this afternoon in a bid to cool any animosity between the two rival tourist attractions.

The Brighton i360 has criticised the Wheel’s application to stay open for another five years, saying it was allowed to open on condition it ceased trading before the i360 opened.

However, the Wheel says no agreement was set in stone, and the two can happily co-exist.

Mr Corbett’s solution adds in another element, a robot urchin, which uses the wheel and the tower as a giant hoop and stick.