A public vote to choose names to put on the front of new buses has drawn criticism from feminist campaigners for failing to feature more than three women.

Brighton and Hove Bus Company asked people to nominate people they thought were worthy of the honour, and this week voting closed – but of the 32 names shortlisted for the vote, just three were women.

Now, the Cut it Out campaign against media sexism has produced an alternative shortlist they would like the bus company to consider.

Campaign co-founder Jess Woodfall said: “The lists were based on public nominations, so if there was a really small proportion of women suggested, then fair enough.

“But after we became aware of the lists, we were able to come up with 25 names within 24 hours – it was really hard to whittle them down to our shortlist of five.

“I think it’s something they should be aware of. At one point they were trying to encourage more female bus drivers – they have got that right.

“One way of doing it would be to put more women on the front of the bus.

“If they do this again, they should consider making sure more women get on to the shortlist.”

As well as the nine names selected by public vote, the bus company is selecting 15 names for the rest of the new fleet, which will be used on the number 12 route.

Desna Tatler, Brighton and Hove Bus spokeswoman, said: “The bus naming campaign for the 24 new Coaster buses was a public survey so we were limited to the name suggestions that were put forward by the public.

“But we are pleased to say that five of the 15 names selected by the company itself are prominent females who have made a significant contribution to the area.

“This is a higher female:male ratio than what was submitted from over a hundred nominations. The remaining nine names that are being chosen by public vote will be announced tomorrow.

“There will be other opportunities to name buses in the future and we would obviously very much welcome more female name suggestions.

“As a company we are very pro-equality. For instance, we have a Diversity Group that is challenging the gender balance within the industry with a recruitment drive for more female drivers.

“Any further name suggestions can be submitted to comms@buses.co.uk for consideration at the next naming opportunity.”

A beloved figure who worked tirelessly, out of the spotlight, to support women of all ages, backgrounds and circumstances, Shirley was a treasurer of Brighton Women’s Centre. She championed the Pride Women’s Tent at Preston Park and helped develop it into one of the most important and popular attractions at Brighton Pride. 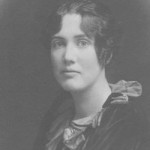 Joan Riviere was born and educated in Brighton and at 17, travelled to Germany to learn the language. Her achievements include being the most important translator of Sigmund Freud’s works into English, a founding member of the British Psychoanalyst Society, became the translation editor of the International Journal of Psycho­Analysis at its inception in 1920, from 1929 she published several works including ‘Womanliness as a Mechanism of Defence’.

The first black actress on TV moved to Brighton from Jamaica with her family as an infant. Struggling to get roles at first after studying at the London Academy of Music and Dramatic Art, once success came for her, not only did she appear in plays on radio, in theatre and on TV, she was the first Black Woman Magistrate in 1966 and was appointed OBE in 1969. 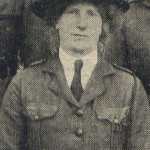 This active suffragette was Brighton’s first policewoman, set up the first women’s police force and founded, in 1895, a pioneering school for deaf children which remains part of our city. She spoiled her census return in support of the Votes for Women Movement stating “women don’t count therefore they will not be counted” and in 1913, became the secretary of Brighton Women’s Freedom League.

Irene Mensah was a Brighton based artist, dancer, poet, community worker and educator. She was involved in numerous community projects including Black History Month, spoken word, dance and live music events, street parties, Latin Voices Live, writers groups and a Jewish Oral History project. She was a figure of support within the arts and cultural events she organised and has been described as inspiring and full of integrity and imagination. Irene was a graduate in textile design and was a founder member and co­manager of Studio 106 in Hove.