Three people from Brighton have been jailed for their role in a scam selling millions of pounds of fake Viagra. 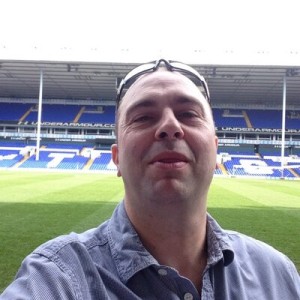 Seth Pennington, 42, of Hartington Road, Brighton, was jailed for five years and Gilbert’s partner Kristina Soufalakis, 27, of Wanderdown Close, Ovingdean, was jailed for two and a half years.

A fourth person, Lee Pettit, 36, of Haybourne Close, Whitehawk, was given a 22-week suspended prison sentence and ordered to do 150 hours of unpaid work.

Another member of the gang, Darrell Jacob, 38, of Arundel Road, Peacehaven, will be sentenced on Friday 29 May for his part in the gang’s bogus mail order business.

Jacob set up accounts to receive payments from the victims of the gang’s scam using front companies called DJ Casuals and DJ Cosmetics.

Six other people – three men and three women from Kent, Lincolnshire and Thailand – were also sentenced for their involvement by Judge Charles Wide.

The gang operated two distribution centres in Brighton and a rented mailbox as they pretended to sell fishing tackle, cosmetics and jewellery.

Gillian Jones, prosecuting, said that the gang had laundered their takings through more than 100 bank accounts at home and abroad, some of them in places like Panama, Barbados and Belize. She said that there could be more as yet untraced accounts.

They made at least £10 million although the prosecution said that the figure was likely to be more as some of the gang’s dealings were in cash. At one point, in 2011, they were making £60,000 a week.

The gang ran their scam from 2004 until 2011. They even continued with after they were arrested in September 2011 following an investigation by the Medicines and Healthcare Products Regulatory Agency which brought the case to court.