An incredibly brave Brighton woman was raped by two of the people she trusted most in her life – her uncle, and then her husband.

Now, she has spoken out after both were sentenced following two separate trials in which she had to relive her painful experiences. 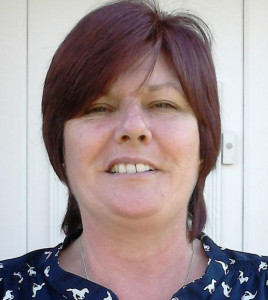 Her ex-husband Michael, retired, of Cliff Gardens, Telscombe Cliffs, Peacehaven, was sentenced at Lewes Crown Court on 6 March, after being found guilty of raping her several times, and of causing her grievous bodily harm, all in Brighton over nearly 20 years up to 1997.

Her uncle Robert Parr, of Honeysuckle Drive, Bognor, was sentenced at the same court on 26 March, after being found guilty of raping her in Surrey in 1973.

Tina Roper said: “I am very happy and relieved that I was believed and justice was done not once but twice. After all these years I now feel safe and free to be able to move on with my life.

“My message to other victims is that I am willing to use my name to show I am a ordinary person who got justice and the same can happen to you.”

Detective Sergeant Joel Brooks said: “This brave woman has been through terrible ordeals at the hands of two men who she had trusted at the heart of her own family.

“It all came to light nearly three years ago when we were interviewing her purely as a potential witness about a completely unrelated matter, and she suddenly began to volunteer information that she had clearly been bottling-up for many years.

“We were able to help her to access specialist support and counselling, and with her co-operation and willingness to give evidence in court, we were eventually able to help her achieve a measure of justice even after all this time.

“This is another case that sends a clear message about the way in which we will take all such allegations seriously and investigate wherever possible. At the same time victims today should also be re-assured that we are also committed to fully investigating all allegations about more recent or current offences.” 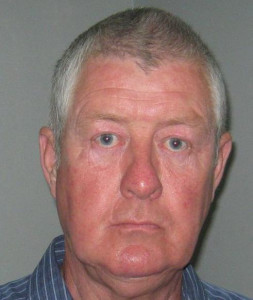 Case worker Helen of Survivors Network, a Brighton-based group who specialise in supporting survivors of sexual violence and abuse, said: “We know how difficult it can be for people to speak out, to anyone, following experience of sexual violence whenever it has happened, and whatever the circumstances.

“Our aim is to ensure people are able to access support whether they chose to report to the police or not.

“In this case, we were able to work closely with Tina and Sussex Police, to provide her with support that suited her needs throughout the process.

“As was very much the case with Tina, it can be very fulfilling to work closely with people who carry themselves with such humanity, resilience and dignity despite having been through such experiences.”

Tina added: “Joel Brooks dealt with me from the start and I think having one person to deal with me made the process a bit easier. He treated myself and my children with such respect that we felt at ease to talk about very hard things in our lives.

“Survivors Network is a excellent service through whom I met Helen, who has supported me and arranged counselling to help me through a difficult time.”

You can contact Survivors Network on 01273 203380 or at www.survivorsnetwork.org.uk

Other sources of counselling and support are also available, including Brighton-based Rise on 01273 622822 or www.riseuk.org.uk and the 24 hour National Domestic Violence Helpline on 0808 2000 247 or www.nationaldomesticviolencehelpline.org.uk.