Brighton and Hove News at the races

The course was drenched in glorious late afternoon sunshine and the action got under way with the 4.40pm – the short-priced Taexali getting home by half a length.

The Brendan Powell trained Gannicus took the third and favourite Baileys En Premier was ridden to victory by John Egan in the mile.

The fifth and richest race of the day the Piglets Support UK Farmers Handicap, worth £4,690 to the winner, was taken by Ganymede who wore down the long-time leader Dr Red Eye in the final half furlong.

The new course general manager Davina Wells was interviewed by “Thommo” and spoke of an exciting season ahead.

The final race over the minimum distance of five furlongs was well won by the humorously named Welease Bwian after drama at the start when the rearing Cadeaux Pearl was withdrawn. 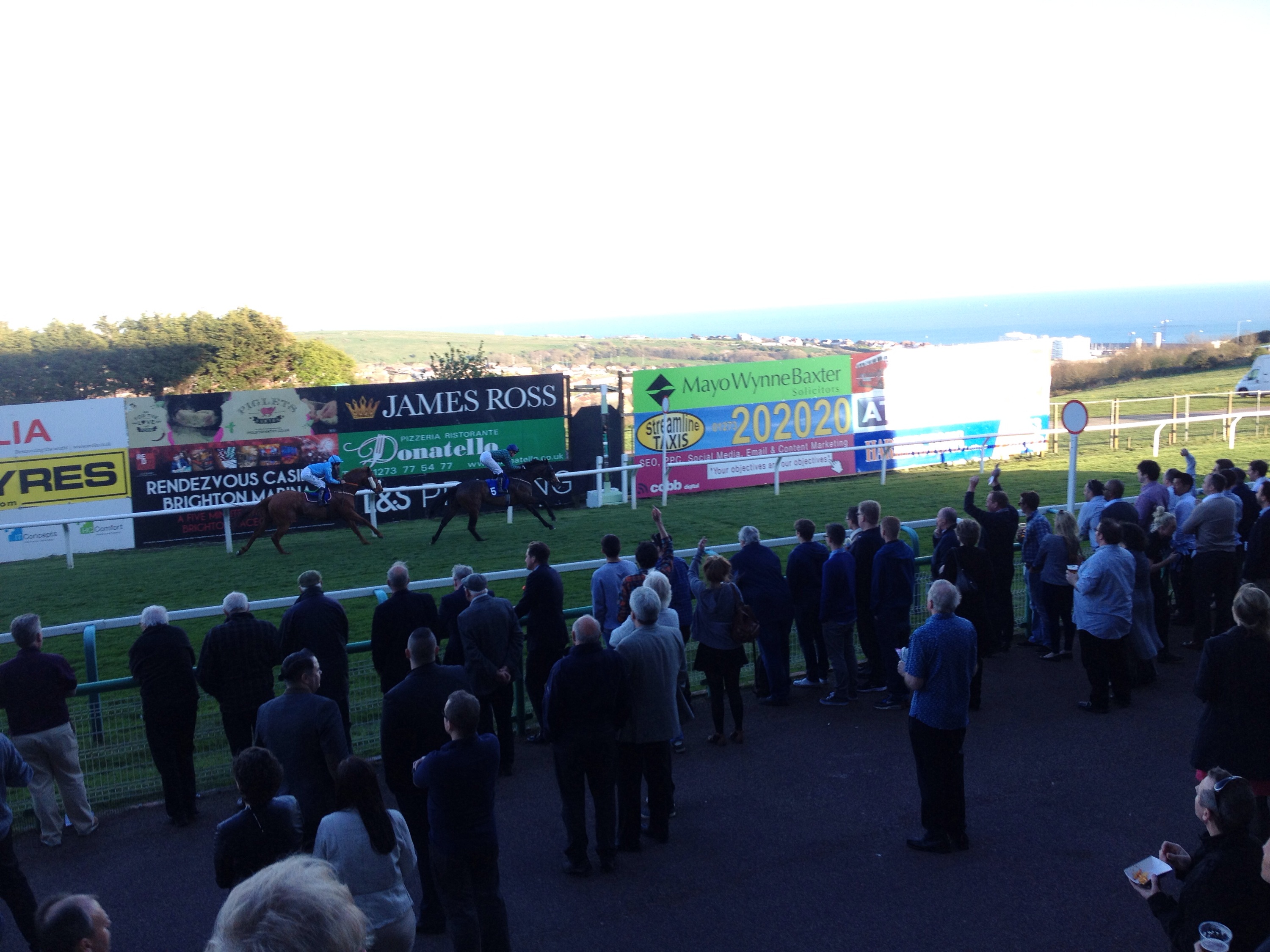 Brighton & Hove Albion: Bar a miracle the Seagulls are safe