Hughton wants Albion players to show the desire to win 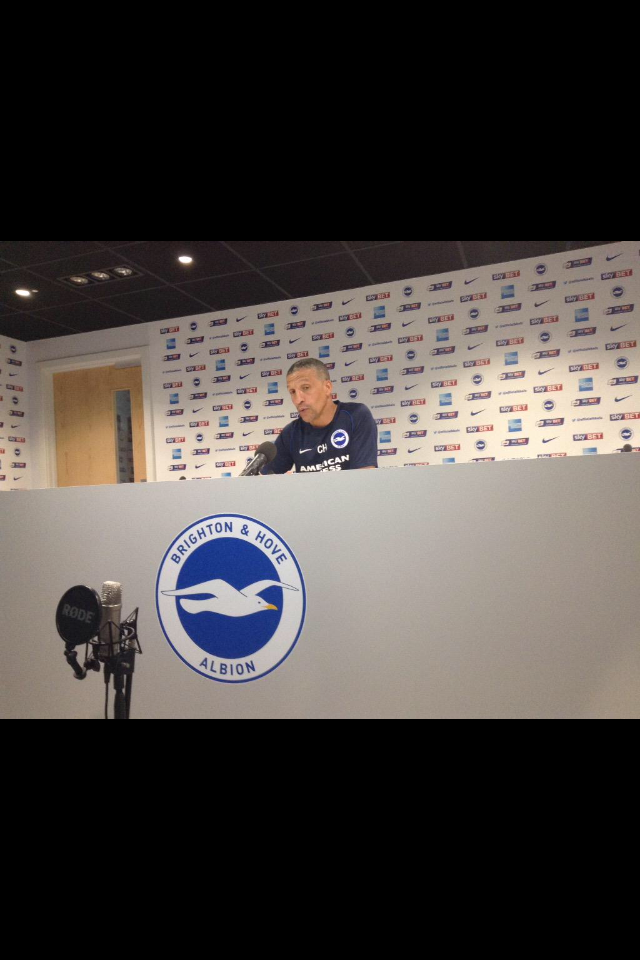 By Tim Hodges from the Albion pre-match press conference

Chris Hughton told Brighton and Hove News today that he wants the Seagulls to show the worldwide television audience on Sky Sports that they have the desire to win a football match.

Speaking at this morning’s press conference at the training headquarters in Lancing, the Albion boss remarked that he wanted his side to bounce back from the disappointment of the defeat at a Wigan, which he described as “the worst since I have been here”.

But he mostly wanted to get a result for the fans who have turned up to support the team throughout the season both home and away.

Albion face league leaders Watford at the Amex this Saturday (25 April) with a 12.15 kick-off. The Seagulls are safe from relegation bar a series of miracle results.