The latest book by Brighton crime writer Peter James is due to be published on Thursday (21 May).

And the author will be promoting his novel – You Are Dead – with a book-signing marathon in local shops. 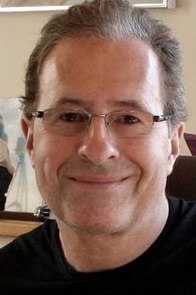 The next day (Friday 22 May) he will be signing copies at the West Hove Sainsbury’s from 10am to noon, WH Smith’s, in Churchill Square, Brighton, from 1pm to 2.30pm and Waterstone’s, in North Street, Brighton, from 5.30pm to 6.30pm.

“It’s always an exciting time of year for us when a new Roy Grace novel is released as he has the most loyal and dedicated fans in the business – particularly in Brighton.”

The next day (Saturday 23 May) Mr James will be signing books at Asda, in Crowhurst Road, Hollingbury, from 3pm to 5pm.

And on Tuesday 26 May he will be taking part at an event with Norman Cook – aka Fatboy Slim – at the DJ’s Big Beach Café at Hove Lagoon at 7pm.

Tickets cost £8 for the Hove Lagoon event or £20 for entry and a signed copy of You Are Dead. Email info@city-books.co.uk.

Mr James, who was awarded an honorary degree by the Open University last month, is also due to appear on BBC breakfast television on Wednesday (20 May).