A Brighton cleaner has been jailed for downloading and sharing indecent pictures and videos of children. 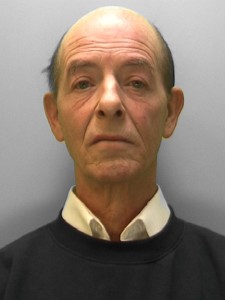 He was sentenced to three months for the distribution offence and 12 months for the making offences, to run concurrently. He was also issued with a Sexual Harm Prevention Order (SHPO) for ten years, severely restricting his access to children and computers, and will be a registered sex offender for ten years.

The charges, authorised by the Crown Prosecution Service, followed an intelligence-led investigation by the Sussex Police Paedophile On-Line Investigation Team (POLIT). None of the images, which were of girls estimated to be aged between 10 and 12 years old, are believed to be of local children and there was no evidence of contact offending.

Detective Constable Jackie Keogh said; “Tizzard had been systematically collecting still images and videos, some of the most serious type, and posting some on a site accessible to other offenders, over a period of years.

“When we arrested him last year he immediately admitted that he had been doing all this for his own sexual gratification.

“Any such image is by definition an image of child sexual abuse, and their possession and circulation serve only to encourage others.”