Bevendean neighbours woken by flock of sheep trotting past their door

Bevendean residents have been baffled by sheep trotting up in their road in the early hours of the morning. 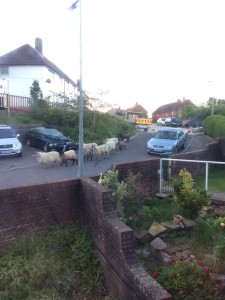 Fay Alani took this picture of the small herd flock on Tuesday – the second time the ovine escapees have trotted through the street.

They were also on the trot the previous Thursday, then again Thursday of last week.

It’s believed the sheep come from nearby Upper Bevendean Farm, which could not be reached for comment.