A Brighton and Hove organisation with responsibility for helping to keep children safe has been rated “good” by Ofsted.

The Brighton and Hove Local Safeguarding Children Board (LSCB) won praise from the Ofsted inspectors. In their report they said: “The arrangements in place to evaluate the effectiveness of what is done by the authority and board partners to safeguard and promote the welfare of children are good.”

And the board monitors and influences improvements in frontline safeguarding practice effectively, according to the Ofsted inspectors’ report.

They praised its strong presence in schools, its openness to suggestions from the public and its work seeking out feedback from children and young people on safety issues. 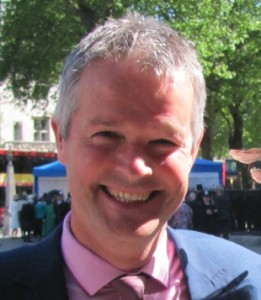 The inspectors noted the robust and rigorous evaluation provided by the LSCB of services that need improving and the work that it does to oversee those improvements.

They also highlighted the effective multi-agency training in the protection and care of children organised by the LSCB.

The report also said: “The LSCB is aware of gaps in service responses to children who go missing. It has provided suitable challenge but has not yet been assured that the necessary improvements are in place.”

The board brings together social workers and council officials, police, probation, health and education representatives with responsibility for promoting children’s wellbeing and keeping them safe.

The organisations represented on the board include Brighton and Hove City Council, the local NHS, Sussex Police, the Probation Service, schools, Community Works (the city’s community and voluntary sector forum) and lay members of the public.

The independent chair of the LSCB, Graham Bartlett, who has recently been appointed to a similar role for the city’s Safeguarding Adults Board said: “There’s always room for improvement when it comes to keeping children safe and it’s vital for the city that there is an independent body that co-ordinates the work and makes sure it is to the right standard.

“The LSCB does a lot of important work identifying areas that could be improved in the interests of children and helping different agencies to achieve those improvements, especially by working together and communicating information more effectively.

“A lot of what we do goes on behind the scenes, so I’m delighted that the quality of our work has been publicly recognised in this way.”